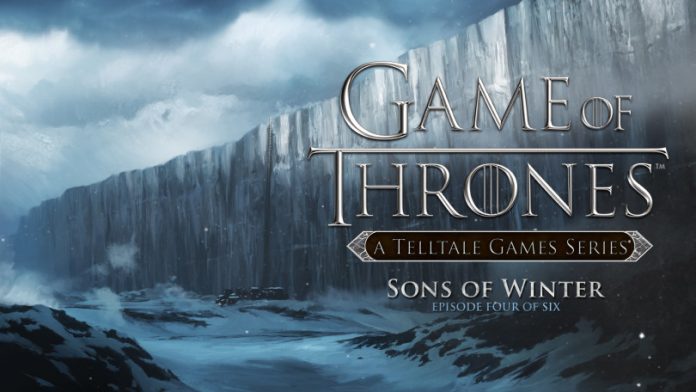 Telltale Games just released Episode 4 of its hit game series last May 26, Game of Thrones: Sons of Winter. The game is based on George R.R. Martin’s A Song of Ice and Fire series of books and its TV adaptation of the same title by HBO.

The episodic graphic game, the fourth of the planned six instalments, follows the gameplay of its predecessors like The Walking Dead where players play under various characters’ points of view, and make critical decisions that will influence future events in the story as it goes on.

For Sons of Winter, the story of House Forrester continues from Episode 3, The Sword in The Darkness, where Asher Forrester sought help from Daenerys Targaryen. GamesRadar praised the episode’s ability to “blend triumph with blind panic”, as the game made players do more daring and bolder choices than ever. As every choice affects the story, a player can either face the consequences of the poor choice made early on, or go too far already before realizing that the wrong choice was made. Also, it brings action and pressure to players, as there were scenes where they are required to act quickly or the scene will end in a not-so-good manner.

A review over PlayStationLifestyle.net called the latest instalment “the most intense” episode yet. With its action sequence, the plotlines, and surprises along the way, the game is set to keep players at the edge of their seats. However, one noticeable issue is that while most of the choices may change the story outcome, there are events that will unfold no matter what choice a player does

Popular ASoIaF fan website Winter is Coming said that the latest Episode “lives up to its predecessors in both the scope and richness of its storytelling.”

Game of Thrones: A Telltale Games Series: Sons of Winter is available to play for Xbox One/360 and PlayStation 3 and 4 consoles, PC, and iOS and Android devices.

Yamaha Sports Ride is lightweight at under 1700 lbs