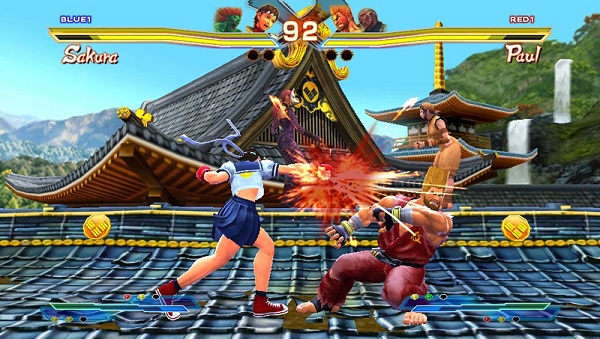 Publisher Bandai Namco has recently updated fans regarding the status of its upcoming cross-over fighting title “Tekken x Street Fighter.” The game has not been cancelled but a specific release date or window is not yet certain as of this time.

“Tekken 7’s” senior game designer Michael Murray talked to the Official PlayStation Magazine UK for its April 2016 issue. He said that although the game is still in the Bandai Namco’s pipeline, it continues to be in development and its release date undecided yet.

“It’s still in development, but as far as a release window we haven’t really decided on that,” Murray told Official PlayStation Magazine UK.

The senior game designer’s statements echo those of Katsuhiro Harada, producer and director from Bandai Namco. Last year, Harada told Japanese video gaming magazine Famitsu that the game is at a “pretty far stage into its development.” Specifically, Harada told the publication that the game’s character lineup was decided “a very long time ago” and that they have already completed work on the polygon models, moves, and systems. He also revealed that marketing-wise, they need to time the game’s launch well so that it will bask in the limelight, undeterred by the publisher’s other titles.

“Tekken x Street Fighter” was announced during the San Diego Comic-Con in 2010 and the long wait is making fans anxious. With the publisher not providing updates or progress reports, many feared the game might have been axed since Bandai Namco seemed to have focused on other titles like “Tekken 7” and “Pokken Tournament.”

Its companion title “Street Fighter x Tekken,” which was announced in 2010 as well, has already been in the market for a several years now. Fans have so far only seen a logo and some concept art confirming Jin and Ryu will be included in the game, for instance, were also previously released.

Apple Watch 2 release date imminent as watchOS 3 will be...