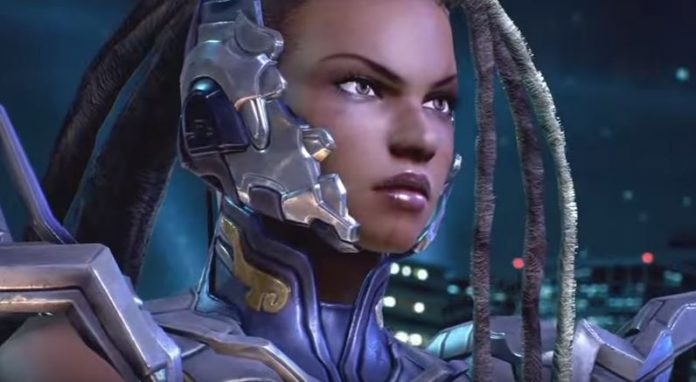 During the Evolution Championship Series (EVO) held earlier this week, “Tekken 7” director Katsuhiro Harada announced two new characters for the upcoming game. At the event, it was confirmed that Bob, who made his debut in “Tekken 6,” has been added to the game’s roster, as well as a new character called Master Raven.

Harada previewed the two characters in separate reveal trailers, and while Bob looks the same, he is now sporting a new outfit which consists of a Hawaiian polo over a white shirt, tattered jeans, and a thick, gold chain around his neck.

Meanwhile, Master Raven is depicted as an African American female fighter with long dreadlocks and a futuristic-looking indigo outfit with metal accents. The new character carries a sword that she fights her enemies with.

After the two characters were revealed, Harada took to Twitter on July 17 and said that Master Raven is the “boss” or higher officer of Raven, a ninja of African descent. Raven, who made his debut in the fifth installment of the “Tekken” franchise, is not yet confirmed for “Tekken 7.” It is expected that more characters will be announced at a later date as it has been confirmed that the roster for the fighting game isn’t complete yet.

“Tekken 7” is currently out in selected arcades in Japan and will be released to gaming consoles next year. Speaking with Gamespot, Harada said that the game was designed to be easier for new players.

“We’ve also received feedback from the players that this is the case, that they found it very easy to pick up after a long absence of if they’re just starting out,” said the game director. Harada added that gamers who have tried the arcade version of “Tekken 7” said that one of the things that have made the game easy to play is that one doesn’t necessarily need to know a lot about a character’s fighting techniques to play effectively.