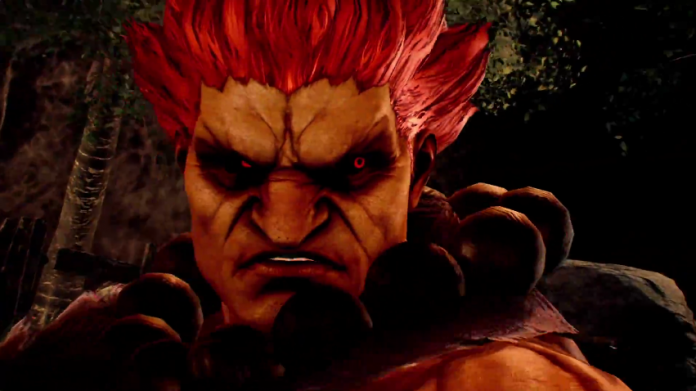 A new challenger has arrived in the new “Tekken 7” update!

Akuma, one the most iconic characters form the “Street Fighter” franchise, makes his way to the world of “Tekken” as he gets added to the roster of fighters in the game for the “Tekken 7: Fated Retribution” update.

While this will not be the first time “Street Fighter” characters met “Tekken” characters in a fighting game, Akuma’s addition to the “Tekken 7” is canonmeaning that Akuma is not a mere DLC or some special addition to the roster only, as he is actually the main element in the story of the new update.

“Tekken 7: Fated Retribution” is a new update to the main “Tekken 7” game that will be released for its arcade version. The update is set to bring in new characters, new costumes for existing characters, and new battle stages.

The main “Tekken 7” game featured new characters that made their debut in the latest installment. New characters included Josie Rizal, an Eskrima fighter from the Philippines; Lucky Chloe, who uses freestyle dance and acrobatics; Claudio Serafino, an Italian fighter who uses Siruis-Style Purification Sorcery; Gigas, a character using “destructive impulse”; and Shaheen, a Saudi Arabian specializing in “military fighting style.” Kazumi Mishima, Kazuya’s mother, has also been revealed and is the final boss of the game. Other classic fan-favorite characters returned as well.

In other news, BANDAI NAMCO previously announced that they will be releasing the English version “Tekken 7” for the PlayStation 4. The game in development uses Unreal Engine 4, maximizing the capabilities of the PS4 to deliver highly detailed graphic experience and dynamic environments for the 3D fighting style the game is popular for. As of now, no release window has been announced, but the game is also rumored for a possible release for the PlayStation VR.