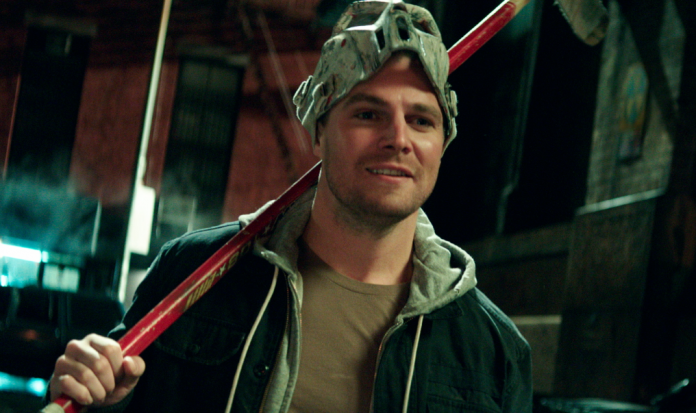 “Arrow” star Stephen Amell recently discussed in an interview his role in the upcoming sequel film “Teenage Mutant Ninja Turtles: Out of the Shadows.”

Popular for his titular role in the hit series on The CW “Arrow,” Amell said that he would love to join as many popular franchises as possible. Moreover, he said that he would also love to take on a role where people would expect a lot from him, such as a role that had been recently taken on by a different actor, so he would be tasked to give a new take on it. The actor cited his role as Oliver Queen following the character’s fame in “Smallville.”

“Because in those instances, both with Oliver Queen and with Casey Jones, we are meeting the character at a very early part of his evolution,” Amell said. “When we meet Casey Jones in the movie, he’s not a vigilante; he’s a corrections officer. So all of the elements that inform the traditional Casey Jones people have come to know and love is something we will hopefully build out over the course of time and not just the finished product in the first film.”

Amell also discussed Casey’s relationship with the Turtles as a group and personally with each member of the team. As he revealed, the movie will have Casey “taken aback” during his first encounter with the Turtles. Due to Casey having something that the Turtles are in dire need of, what will start as an “uneasy relationship” between them will develop into a “stronger alliance.”

As for his personal relationship with each of the four Turtles, Amell shared that Casey would see the most difference when it comes to Raphael.

“He’s got a slightly adversarial relationship with Raphael,” the actor shared. “But that’s sort of Raphael’s personality and Casey’s personality. With Michelangelo, Donatello, and Leonardo, he’s much more amicable, but it’s a little bit confrontational with Raphael.”

As for his character’s relationship with Megan Fox’s April O’Neil in the film, Amell denied that the two characters are in any romantic relationship. If anything, he described it as “a burgeoning relationship.” However, there are certainly feelings of something out there, he noted.

'Red Dead Redemption' news: Game available for the Xbox One via...