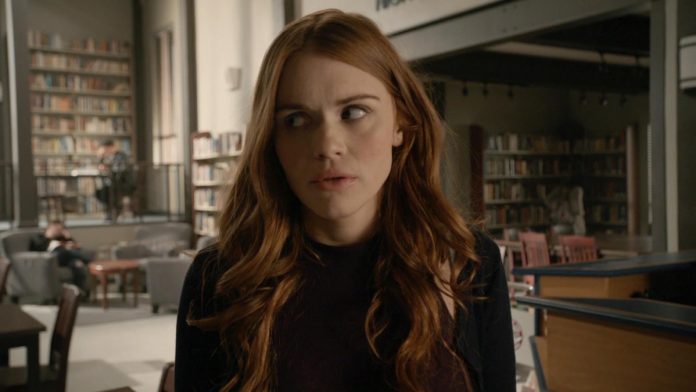 In an interview with Entertainment Weekly, the executive producer was asked if the touted new group of villains called the Ghost Riders will be the reason for Peter’s escape from Valack’s (Steven Brand) cell. “You’ll see. We definitely do a bit of a flashback to show exactly what happened to Peter,” he teased.

He added that it is also possible to see more familiar faces in the mystery location he finds himself in. As showcased in the trailer, Peter will be in some sort of other dimension with Stiles (Dylan O’Brien) after the latter was taken by the antagonists. The Ghost Riders are described to be natural henchmen who have surprising powers and are seemingly unable to leave Beacon Hills.

In a separate interview, Davis revealed the ingenious way of how they have written out O’Brien’s character from the narrative to accommodate for his “Maze Runner: The Death Cure” filming schedule.

A page from the script of the premiere titled “Memory Lost” features Stiles running towards Lydia (Holland Roden), grateful that she still knows him. “I know you. But I think everyone else is forgetting,” she warns. Suddenly, a gust of wind draws Stiles’ attention to a Rider looking at them. He asks Lydia if she can see it, but she says no.

“The guy on the horse… I know. They’re coming for me. You need to get away from me,” he tells her. However, Lydia is adamant on staying by his side as they run outside the school towards the quad. The sky starts to darken with greenish-blue clouds and they skid to a stop when Stiles sees another Rider.

Davis admitted that Lydia is the person who manages to hold on the longest to Stiles’ memory when everyone else does not remember him because they have something special, “We decided that this is the place to show that they’ve gone from a simple crush to friends to something deeper.”

'Madam Secretary' season 2 spoilers: How will McCord handle a stranger's...