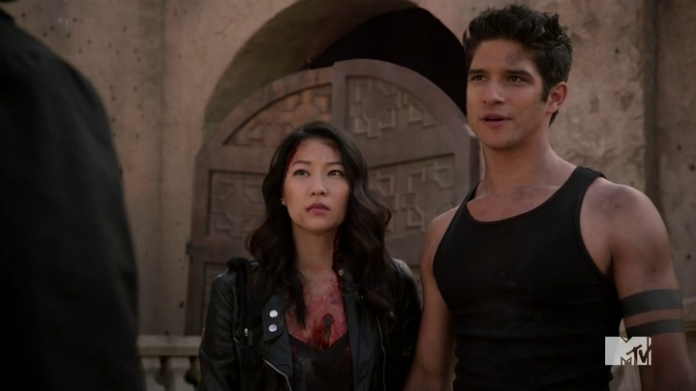 Season 6 of the MTV supernatural series “Teen Wolf” is expected to debut this June with the hopes of answering burning questions including where Kira (Arden Cho) and Scott’s (Tyler Posey) relationship might go moving forward.

In a sit down with TV Guide last month, creator Jeff Davis discussed what Kira needs to do in order to come back to the pack given her personal struggle. The last time fans saw her was in one of the parting shots in the season 5 finale, where she left with skin walkers in an effore to control her fox spirit.

“Her goal is to learn to control the fox spirit within her,” the 40-year-old producer divulged. “That’s basically why she goes back to the skin walkers. She wants to save her friends and finally put Theo in the ground as well, but also to be able to take care of herself. That’s something she wants to do.”

Delving into season 6, the rest of the pack will also have to deal with their ongoing academic lives most especially since graduation is nearing. The show will have a three-month time jump from the events of season 5’s last episode titled “Apotheosis,” which will land the characters on the second semester of heir senior year.

In order to maintain the core conflict of the team balancing their everyday lives and fighting off supernatural monsters, Davis added that like any student nearing graduation, the main characters will also be feeling anxious.

During the interview, Davis was also asked on the status of the team as a whole entering season 6. It can be remembered that when season 5 started, everyone was doing their own thing and are all having an awkward dynamics with each other. Eventually, they were able to re-group.

“One of the things that we’re really trying to do with season 6 is show the strength of friendships and test that again. We’re taking it back to the story of Scott and Stiles’ (Dylan O’Brien) friendship and how meaningful that is,” Davis shared.

As previously reported, “Teen Wolf” will be bringing a different kind of mythology in the overall story in season 6. While the previous installment dealt with monsters, the succeeding one will be taking on a ghost-centered plot line. This might hint on the mystery man or “ghost rider” that was spotted during the teaser trailer released right after the season 5 finale aired.