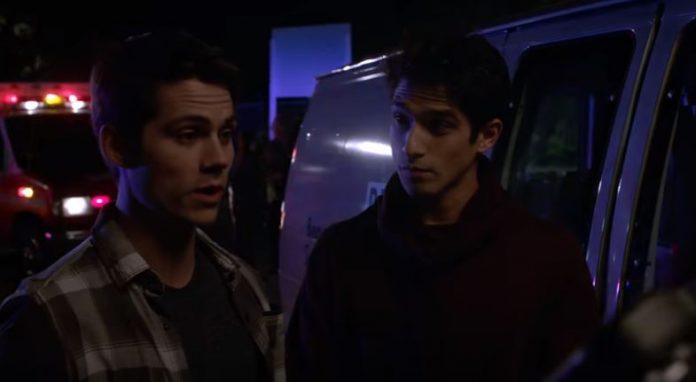 It has been a while since the cast and crew of “Teen Wolf” gave an update about season 6, but last weekend, the stars and producers of the hit MTV series were at New York Comic Con to give a preview of the sixth and last season of the show. The gang also debuted the first eight minutes of the new installment, revealing that a new threat has come to Beacon Hills.

The clip starts with Hayden (Victoria Moroles) and Liam (Dylan Sprayberry) having a late-night date, and the two are playfully bantering on the streets after Liam’s car breaks down. A car is seen heading towards them, but the couple notices that something seems to be wrong as the car hits the fence. They peek in and find that no one is inside the vehicle. Later, a young boy pops up from the backseat and begs the two for help.

On the other side of town, Sheriff Stilinski (Linden Ashby) is asking Scott (Tyler Posey) and Stiles (Dylan O’Brien) what happened, and Scott says that they were trying to help stop someone who they suspected was transporting illegal goods. Stiles adds that they were merely trying to persuade the truck driver to stop, but the Sheriff reveals that the guy was only transporting helium. Later, Scott says that the town seems safe enough and that it doesn’t need them anymore. Stiles gets a call from his dad, and he triumphantly tells his friend that the town still needs them after all.

The boy, whose name is Alex, is taken to the Sheriff, and the boy says that he doesn’t remember what happened. The Sheriff says that there’s a way for them to find out, and Scott asks the boy if he’s ready. Scott’s claws come out and he buries his claws in the boy’s nape, giving Scott access to the boy’s memories. Scott learns that the boy was out on a drive with his parents when a horse and its black-clad rider blocked the way. The rider dismounted and shot the car before taking Alex’s parents.

Apart from Alex’s parents, the Ghost Riders will also take someone from the pack later on in the season. It was revealed that Stiles will be taken, and Ashby told Entertainment Weekly that his character will be a very different person after his son gets abducted.

“It changes who you are as a human being,” said Ashby.

Ed Sheeran talks about his inspiration in making his new album