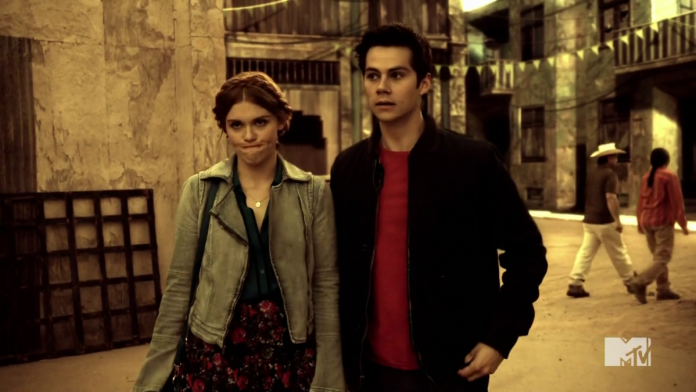 Gearing up for their final installment, “Teen Wolf” is bringing the Ghost Riders to Beacon Hills in what hopefully would be the most different yet apt way for Tyler Posey’s Scott and the rest of his pack to cap the series. Given that, creator Jeff Davis bring in a bit of a tease revealing an excerpt from the season 6 premiere script.

Courtesy of Entertainment Weekly, the single page reveals not too much but enough for fans to ponder on while waiting for the series’ TV comeback. Centering on Dylan O’Brien’s Stiles and Holland Roden’s Lydia, it appears that some sort of sorcery causing people to be forgotten would be one fo the main driving plots of “Teen Wolf’s” latest installment.

“We’ve had seasons where there’s just bodies dropping everywhere, and we wanted to do something frightening but different,” Davis says. “What’s scarier than death? Being forgotten. Being completely erased.”

Hitting a couple of birds with the stone that is the introduction of the Ghost Riders, Davis was also able to work around O’Brien’s schedule fiasco following his on-set mishap while filming “The Maze Runner: The Death Cure.” It can be remembered that for quite a while, fans have been wondering how the series will adapt with the actor taking some time off to recuperate, and incorporating the memory loss scheme appears to be a bit of a stroke of genius. “Almost immediately people will notice something missing, because Stiles is such an indelible part of Beacon Hills,” he furthered.

As for the overdue tension between Stiles and  Lydia, the final season of the MTV show will finally be cracking more into that. There have been heavy rumors over the hiatus of the show that season 6 will feature the two finally acknowledging the attraction between the,

“They have something special,” Davis says of Stiles and Lydia. He added: “We decided that this is the place to show that they’ve gone from a simple crush to friends to something deeper. They each realize that something huge is missing in their life, and they come to this eventual conclusion it might be a person,”

“Teen Wolf” season 6 premieres on Nov. 15 and will continue to air every Tuesday night at 9 p.m. ET on MTV.