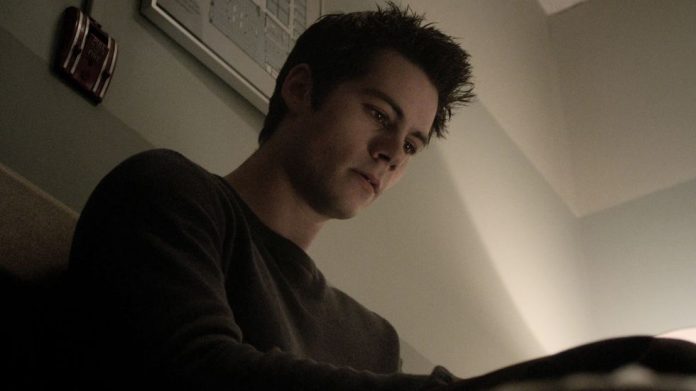 As the question of whether Dylan O’Brien will reprise his role of Stiles in the sixth season “Teen Wolf” burgeons, numerous rumors that have sprouted appear to suggest contradicting information. The latest from the bunch is an image allegedly from the show’s photo clapper that insinuates Stiles’ shocking death, which has caused riot among fans.

The snap, posted on Instagram by a user with the handle @dylanswives, says that the MTV show is filming the death of O’Brien’s character. Interestingly enough, the photo was posted 8 months ago but in light of recent events, it still drew so much attention. It even reached the attention of “Teen Wolf” writer Will Wallace who vehemently squashed the rumors.

O’Brien’s involvement in the show’s upcoming season is still bleak as the young actor is still recuperating from injuries he sustained earlier this year. The injuries were not life threatening but the actor needed to take a long break for recovery so much so that his upcoming movie, “The Maze Runner: The Death Cure” had to delay its release.

Aside from O’Brien, another cast member that is not yet confirmed to appear in the sixth season of “Teen Wolf” is Meagan Tandy. The 31-year-old plays mercenary Braeden in the show created by Jeff Davis. In a conversation with UnititledTV.com, Tandy spilled that schedule-wise, her plate is quite full.

“I can just say that currently I’m on two other shows and it hasn’t made filming in LA very convenient,” she explained. But she was also quick to not close the door on “Teen Wolf” adding, “I don’t wanna say that I won’t be there because it’s Jeff Davis, you really just honestly never know. Right now I am on two other shows so take that as you may.”

While O’Brien and Tandy are still in limbo with regard to participating in the supernatural show’s newest installment, Arden Cho is sure to no longer be reprising her role as Kira. The 30-year-old actress has left the show a couple of months back just after season 5 wrapped up.

MTV has yet to announce the official small screen comeback of “Teen Wolf.”