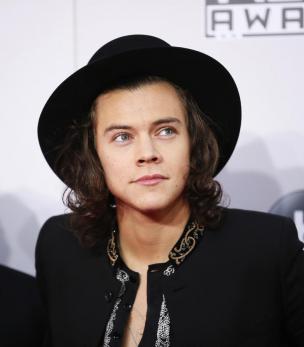 Rumors are circling the current production of MTV’s supernatural series “Teen Wolf” for season 6, as speculations suggest that One Direction’s band member Harry Styles may join the cast. However, show runner Jeff Davis has straightened the record out.

In an interview with Creative 132, Davis was asked to confirm if the pop singer will indeed join the cast. “Not 100 percent fake. We do want Harry Styles in our show. Like a new British boy. But we’re still in talks with people, directors, agents. So we can’t confirm anything yet,” he answered.

He also revealed that despite some fans believing that series regular Dylan O’Brien may be replaced following his accident while filming “The Maze Runner: The Death Cure,” the actor will still be in the show. The executive producer shared that the actor’s character, Stiles Stalinski, will not be killed off in the story, and they are hoping he can eventually begin shooting. “No, we aren’t replacing Stiles. Dylan O’Brien will be back to film soon,” Davis said.

“He can’t do any stunts and we’re talking with Wes Ball, the producer of ‘The Maze Runner,’ we hope to get him back on ‘Teen Wolf’ to film, while being injured, but the thing is, he wants to film, he’s in perfect condition. But he’s just not doing fine enough to do any stunts,” Davis added.

In a related note, hearsays of Styles joining the second season of Fox’s horror comedy series “Scream Queens”  were debunked by the network which took it to Twitter to share that, “Sorry for any confusion, but as much as we love @harry_styles he will not be joining the #ScreamQueens Season 2 cast.”

The British crooner will instead make his acting debut in Christopher Nolan’s World War II action film titled “Dunkirk” which is slated to hit the big screens on July 21, 2017. Although details of his character remains a mystery, Deadline reported that he may not have the leading role.

'Hawaii Five-0' season 7 news: Characters to think of their legacies;...

‘The Biggest Loser’ host Bob Harper opens up about his heart...