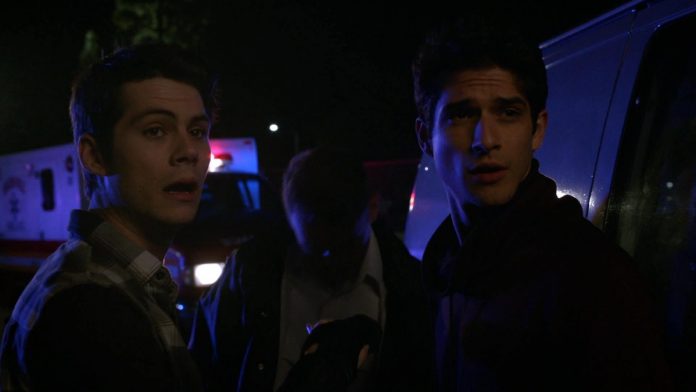 Following the heartbreaking premiere of the sixth and final season of MTV’s “Teen Wolf,” a brand-new installment will feature the pack in search of memories of someone they feel they have lost, but whose identity they cannot even remember.

It can be recalled that during episode 1, Stiles (Dylan O’Brien) declared his love for Lydia (Holland Roden) before he was erased from existence. Although the latter promised that she would never forget him, the day after proved otherwise; she could not recall any memory of Stiles.

In episode 2 titled “Superposition,” Lydia will feel like something is missing but she cannot put her finger on it. Alongside Scott (Tyler Posey) and Malia (Shelley Hennig), she will attempt to remember the lost memories of a missing friend.

The promotional teaser reveals that the group has found out that the current big bad Ghost Riders are actually in their town. Dr. Alan Deaton (Seth Gilliam) then warns them, “The legend has always been that the Wild Hunt takes people. If what you’re telling me is right, the truth is much worse. They erase people from reality.” The clip ends with Mason (Khylin Rhambo) seemingly also being taken by the villain.

In a previous interview, showrunner Jeff Davis shared that Stiles has profound effects on the lives of his friends.

“When he goes missing, there’s a massive loss in their lives. They each feel it. You can’t just erase someone from your life as much as the Ghost Riders try. Each of them will begin to feel that loss and begin to feel some missing part of themselves, because the people we meet and people who have a profound effect on our lives stick with you,” he said.

Elsewhere, Corey (Michael Johnston) discovers a connection between his abilities and the Wild Hunt. Speculations suggest that based on the title of the second episode which is said to be a scientific term that describes overlapping waves, Mr. Garrett Douglas (Pete Ploszek) may also be given focus. It remains to be seen if the new physics teacher’s secret that he is a Nazi werewolf will finally come to light.