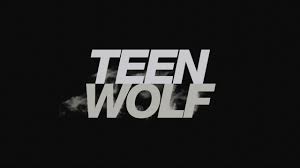 After a long wait, fans are ready to welcome a new season of Teen Wolf on June 29 where new characters, new monsters and new love interests make their way to Beacon Hills to bring excitement to the town and its residents.

According to zap2it.com, the full trailer indicates a lot of trouble from the McCall pack, which may also cause conflict between besties Scott (Tyler Posey) and Stiles (Dylan O’Brien). Colton Haynes will also reprise his role as Jackson but whether he will play a villain or an ally is yet to be revealed.

Season 5 is pretty rosy for gay character Mason as he will finally be introduced to his very own love interest in the form of actor Michael Johnston who will appear on the show starting epidose 4.

Michael Lynch also joins the cast to play the Slaugh, a mythical creature who has the bad habit of feasting on the souls of the innocent and placing parts of its rotten soul into sleeping victims.

CarterMatt reported that the latest season for the promo released by MTV does employ a dark and dangerous vibe, all while maintaining the air of mystery that is heightening the air of suspense among the fans.

“For the most part, not much is known about the story for the upcoming season, other than that we are hearing that this may be one of the darkest seasons that has been put on the air so far. There will be violent new threats, but at the same time, a deliberate move to focus more on the younger characters. Tyler Hoechlin is not going to be a series regular for the new season, which reinforces that more than ever,” it said.

Meanwhile, cast members gave some small hints to SpoilerTV on what’s in store for the upcoming season during the Creatures of the Night 2 convention.

Linden Ashby, who plays Beacon Hill Sheriff Stilinski teased that there may be a major death this season.

Cast members hinted that Mrs. Martin will definitely be back while Victoria could resurface even after being stabbed in the heart while changing.