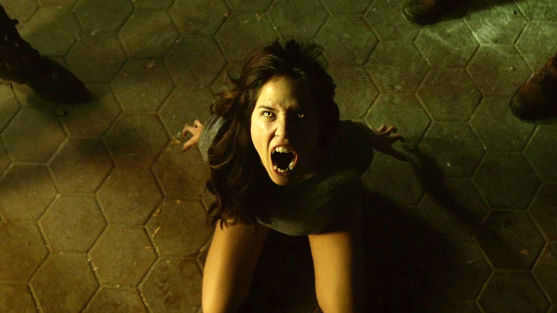 In an interview of “Teen Wolf” show runner Jeff Davis with Forbes at the New York Comic Con last month, he revealed, “5b will continue with horror, but 5b will actually be a little more action. It will be a little bit more humor. What I like to say is we’re getting our sense of humor back in 5b. It’s a much more hopeful, much more optimistic show in 5b.”

However, the new trailer released for the shows’s season 5b seems to be centered on horror and action as several images of blood, dead bodies, claws, and screams were seen and heard. The clip initially showed Theo (Cody Christian), Scott (Tyler Posey), and the rest going back to school like normal children, but their day was immediately cut short when horror happens in their midst.

The trailer revisited the painting of the two beasts shown in the summer finale, which implies that its story will continue on once season 5b premieres. It also showed a footage where several dead bodies were bloodied and lying on the floor, in which MTV guesses that it is linked to Parrish’s (Ryan Kelley) fixation with cadavers. Aside from these, the trailer gave a preview of huge claws and described the creature as “history’s most vicious, most famous werewolf.” At the end of the trailer, fans also get to see a beast with glowing eyes.

Nonetheless, the most exciting part of the revelation in the trailer is perhaps the Stydia love angle, pertaining to Stiles (Dylan O’Brien) and Lydia (Holland Roden). Davis revealed in an interview with The Hollywood Life back in October, “Getting Lydia out of Eichen House is ultimately up to Stiles.” At 1:17 in the trailer, Stiles said, “we’re coming back with Lydia.” True enough, before the end of the trailer, he could be seen supporting the weak Lydia as they try to escape.

Davis mentioned in the same interview with The Hollywood Life that the scene is “definitely going to be a pretty epic moment in this two-part episode of 515 and 516” with hopes that the surprise and satisfy the fans.