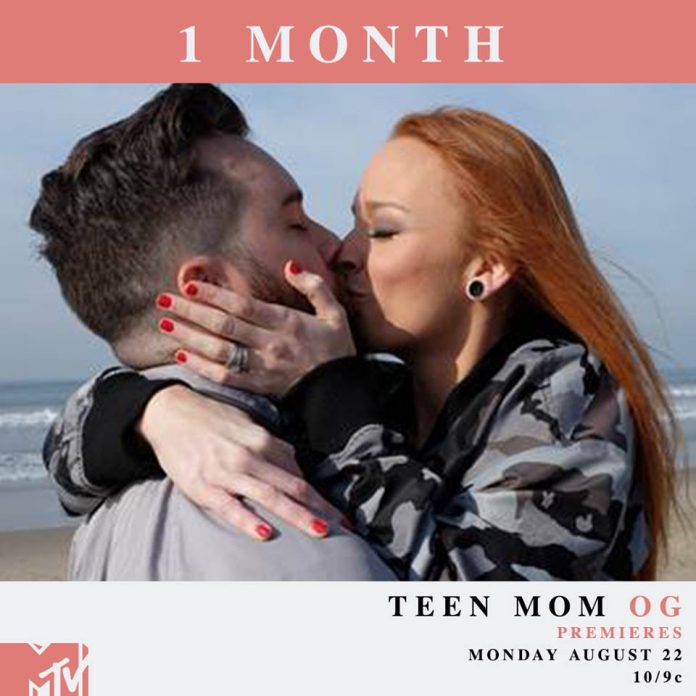 MTV has released the official trailer for season 6 of its hit reality series “Teen Mom OG,” featuring tons of drama the ladies are facing as they embark on more adventures that include a proposal, pregnancy and a lot of pain.

According to the network, the cast members Amber Portwood, Catelynn Lowell, Farrah Abraham and Maci Bookout will endure a series of twists and turns that are both unexpected and unpredictable. The clip starts with Maci accepting her boyfriend of two years Taylor McKinney’s proposal, “Will you marry me?” to which she replied, “Finally.”

In season 5, Maci complained that Taylor had not proposed yet although they’ve been together for quite some time and they already have a child, Jayde Carter. In the footage, she also found out that she is pregnant for the third time. On May 31, the couple welcomed the newest addition to their brood, Maverick Reed.

The footage then gave a look at an emotional Catelynn who admits she is “not okay” and still needs some help. This is believed to mean that she may become temporarily separated from husband Tyler Baltierra and daughter Nova Lee as she continues to battle post-partum depression and enter rehabilitation treatment.

“You think you may have thought you’re ready to be a mom, but it’s not working,” Tyler quips. Catelynn then tearfully states, “I think I need to go away to seek help. I just don’t want to f*** [Nova] up.”

Meanwhile, Amber and fianc Matt Baier seem to still be set on getting married despite the alleged claims that the latter has fathered nine children from seven different women. “All of his crazy exes keep coming out,” Amber mused.

Lastly, Farrah and her on-again, off-again beau Simon Saran exchanged some heated words against each other as they discussed their current status and future.

“I don’t act like a f****** crazy b****. I’m never crazy,” Farrah defends herself. She also stormed out of their couple’s therapy session in tears.