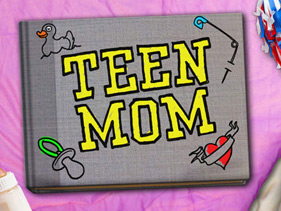 It was noticed how far the former teenage parents have come after what they have been through. Despite Amber and her ex, Gary Shirley, who is the father to their six year old Leah, leading different lives, Gary supported Amber with her new relationship with Matt Baier, 43. Amber also said that she is happy with her fianc.

Later on, Dr. Drew asked the couple about the particular incident which made rounds a few episodes ago about her fianc’s drunkenness, which resulted in a hole in their hotel. Amber defended him on the grounds that it was the first time such a thing had happened and that Matt did not drink again afterwards. The discussion became intense when Dr. Drew pressed on about Matt’s past addictions, which prompted Amber to storm out.

She said “I just think he’s this amazing guy and he’s the best thing that ever happened to me,” as reported by In Touch Weekly.

On the other hand, Gary revealed that his relationship with Kristina started off rocky when he found out that his girlfriend was still married when they were dating. He was unaware that he was being cheated on, although now they are in a better state, raising their daughter Emilee together.

Meanwhile, Maci admitted that she is seeing her ex Ryan Edwards being a “man of few words” in a different light and the tension is starting to ease off. Although they admitted that they are still working on a better relationship for the sake of their son, Dr. Drew was quick to point out that they have maintained a good foundation for Bentley.

Teen Mom OG is an American reality TV series featuring teenage pregnancy and motherhood. Teen Mom OG was renamed from Teen Mom for its fifth season on 2012. Its original series was called 16 and Pregnant while its spin off series are Teen Mom 2 and Teen Mom 3.