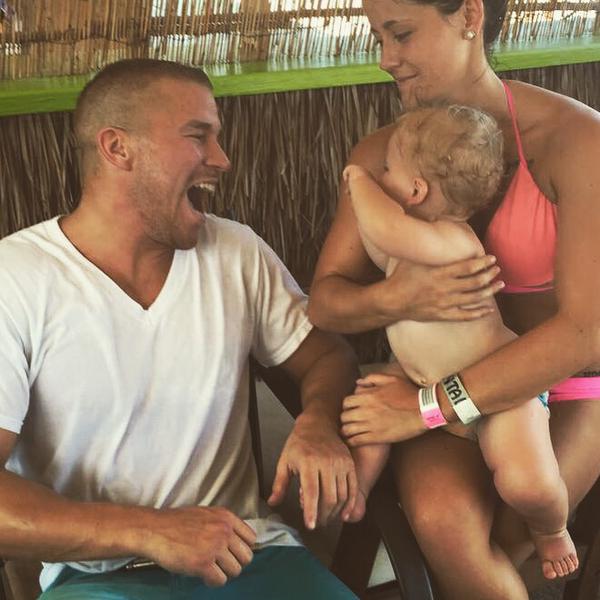 Teen Mom 2 star Jenelle Evans and Nathan Griffith may have called off their engagement only two weeks ago but it seems that the latter is wasting no time in moving on.

Nathan made his own revelation in a Radar Online interview that he is seeing another woman. Amid rumors of infidelity, he admitted that he and Jenelle got back together for a while but he clarified that he never cheated on his former fiance.

“We did get back together for a while. But then we broke up again and I have been with Jessie every day now. Jessie and I were broken up for a little while but we are back together now. I didn’t cheat on Jenelle and she knows it,” he explained to Radar Online.

Meanwhile, the 23-year-old Jenelle, who has a six year old son from a previous relationship and a one-year old son with Nathan said that she’s concentrating on being a mom now that the relationship is over.

“I’m enjoying being a mom. I just celebrated my first son’s 6th birthday this weekend and it went fantastic. I am not looking to date anyone at the moment. I am focusing on myself,” she said to ET.

She recently celebrated her son Jace’s birthday with a zombie themed party.

This was not the first time the two have broken up as they figured in a domestic violence incident and parted ways in May. They got back together the following month.

A month ago, the couple seemed on good terms as Nathan attended the reality star’s college graduation from Miller-Motte Technical College after which she posted on her Instagram a happy family picture captioned:”Thanks to my family for being here as my biggest support system and able to push me through it !!!”