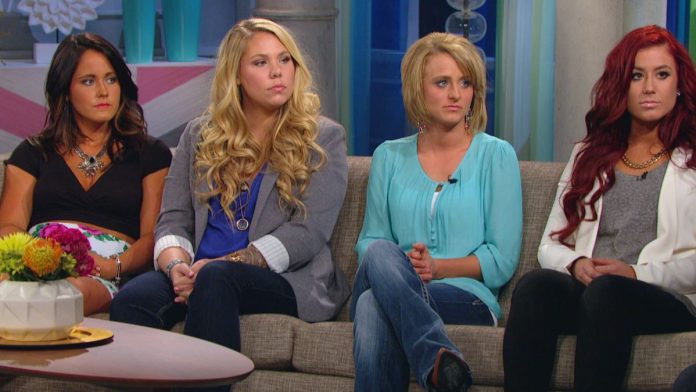 Leah Messer’s drug test result continue to hog the spotlight because it’s the pivotal factor that will tilt the custody of the twins Ali and Aleeah for or against her. She can either walk with her children or watch ex-husband Corey Simms and new wife Miranda take them away from her for good. Meanwhile, Jenelle Evans’s heated drama continues with her mother Barbara Evans, who has full custody of baby Jace and thus holds the upper hand on when she can see her child.

“I told him from the beginning, I mean, I knew it would come back negative, I just, I guess I was aggravated that they pushed so hard. I just think they are trying to dig and dig to find something wrong, but they’re not going to find anything. I’m going to be honest,” says Messer in the sneak peek of the episode, Starcasm.

The custody battle began late in Season 5 of Teen Mom 2 and has progressed to the point where Messer has agreed to a much-insisted drug test. The war between the two parties even spilled over on Facebook, to the extent that Messer claimed that Corey’s new marriage with Miranda was fake, OK Magazine reports.

The fianc of Jenelle, Nathan Griffith, believes that Barbara has unnecessary control over Jenelle and is using Jace for this purpose, according to Inquisitr. He disapproves of the current setup and the constant bickering that she has to undergo just to see her son Jace. Jenelle admitted to her past shortcomings and claims that she is now a much better mother to Jace and Kaiser, her child with Nathan. But even if she is going through tough times, it seems like she still finds time to have some fun in the sun, with her recent Instagram snap showing off her completely flat stomach in a black bikini.

Dishonored 2 release date, gameplay: game out in first half of...