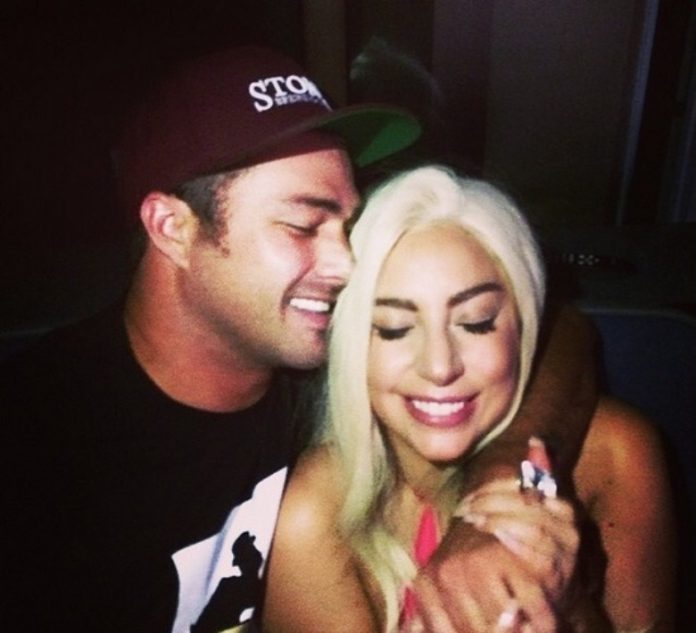 Its been a pretty eventful few days for pop diva Lady Gaga and her fianc Taylor Kinney but not busy enough to keep the engaged couple from spending some time together in Danube Beach.

After taking London by storm for a benefit performance with legendary balladeer Tony Bennett at the Royal Albert Hall, the soon to be Mrs. Kinney had an opportunity rub elbows with royalty when she met Prince Harry, reported The Daily Mail.

The busy songstress then flew to Serbia to visit her fianc who was filming for the movie The Forest.

After being seen strolling the streets of the city, the couple was also spotted on a double date with Kinney’s co star Natalie Dormer and her partner Anthony Byrne.

It seems preparing for their dream wedding hasn’t hampered the skyrocketing careers of this power couple. Kinney’s Chicago Fire was renewed for a fresh season while Lady Gaga was tapped for a role in Ryan Murphy’s anthology series American Horror Story: Hotel for the show’s fourth season.

Details about the wedding remain scarce with the couple offering only a few bits of information when interviewed.

According to The Inquisitr, the star has lost 25 pounds for far for her big day. The report claimed that the star has finally decided on a Vera Wang creation to don for her wedding.

The couple, who got engaged in February, met on the set of Lady Gaga’s You and I video in 2011.

The songstress said that Kinney proposed on Valentine’s Day to her using a ring pop. She said she got so excited that she said yes right away even before Kinney brought out the actual ring he designed in collaboration with Lorraine Schwartz.

The ring, which had an approximate value of 500,000, had a customized band with a T and S separated by a heart which means Taylor loves Stefani, Gaga’s real name.

“From the moment I met him, my heart was with him. When you’re in love and have love, it makes everything better,” she said.

The couple is expected to wed this summer in Malibu.

'Homeland' season 6 news: Peter Quinn may come back, setting to...