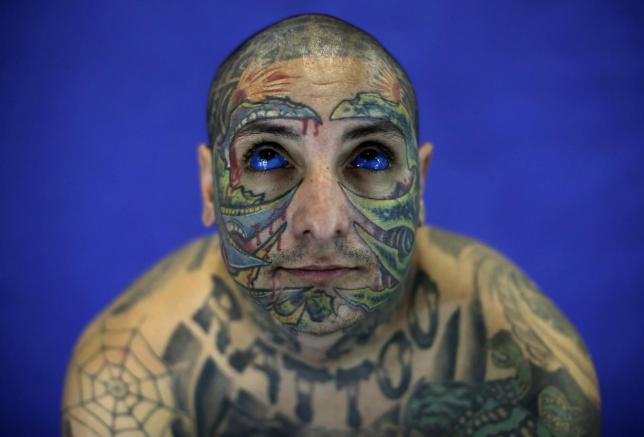 Getting multiple tattoos may strengthen the immunological responses of the body, enabling to fight off many infections such as the one that causes the common cold. These findings come from a study recently published in the American Journal of Human Biology.

Although getting a single tattoo would, at least temporarily, lower the immune resistance, getting multiple tattoos actually does the opposite.

Researchers at the University of Alabama, investigated the so-called inoculation hypothesis associated with tattooing. If a person decides to get many tattoos over time, the body will be accustomed to the tattoing stressor, which generally is just soft tissue damage to the skin. It is thought that tattooing will incoulate the immune system to heightened vigilance, thus granting stronger immunity to repeatedly tattooed individuals.

The researchers investigated this by correlating the immune function and the history of tattooing of 29 individuals (aged 18-47). Immune function was measured using secretory immunoglobulin A (SIgA) and cortisol (sCORT) in saliva collected before and after tattoo sessions.They measured tattoo experience as a sum of number of tattoos, lifetime hours tattooed, years since first tattoo, percent of body covered, and number of tattoos.

The results showed a positve correlation indicating that as one gets more tattoos the immune function concurently increases as well, and this explained by the inoculation hypothesis.

“The body’s response to tattooing is akin to that experienced from exercising in the gym when you’re out of shape,” said lead author Dr. Cristopher Lynn, as quoted in a news article by the University of Alabama. “Initially, muscles become sore, but if you continue, the soreness fades following subsequent workouts.”

“After the stress response, your body returns to an equilibrium,” Lynn continued. “However, if you continue to stress your body over and over again, instead of returning to the same set point, it adjusts its internal set points and moves higher.”