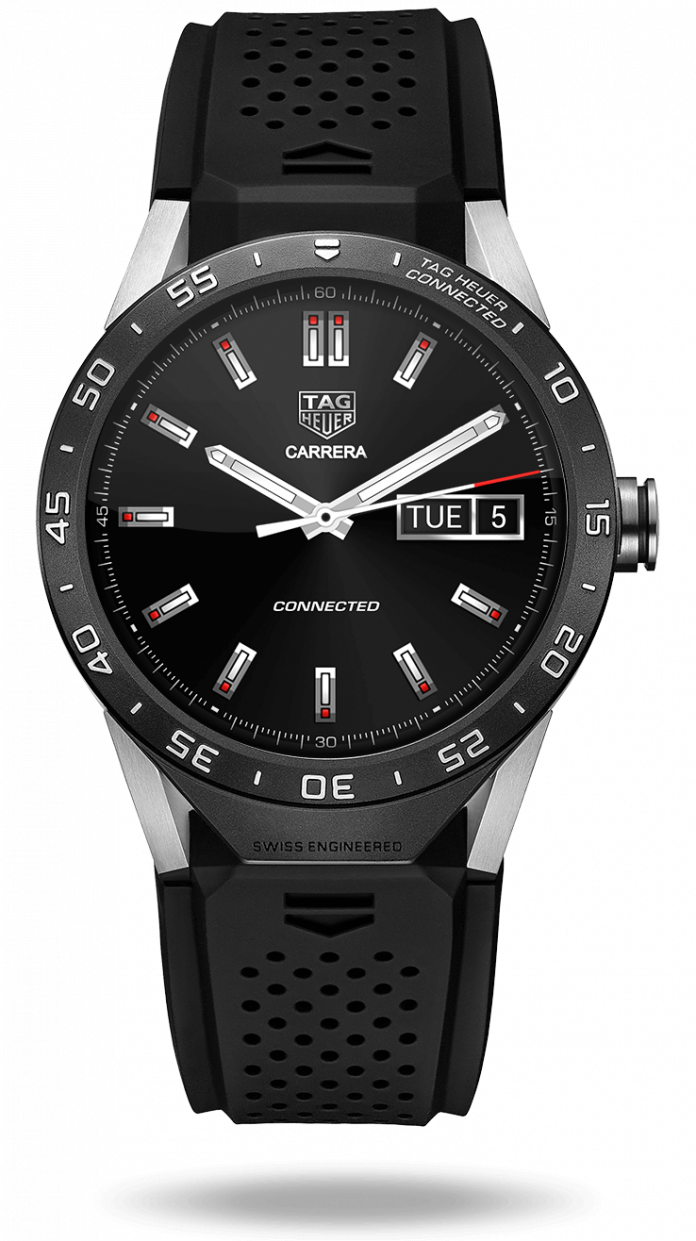 With modern lifestyle comes modern gadgets, and as modern gadgets get more innovative through time, attention given to classical pieces are somewhat decreasing. That is what Swiss watchmaker TAG Heuer is looking to change with the release of their very first smartwatch, the TAG Heuer Connected, on Nov. 9.

The TAG Heuer Connected is the century-old watchmaker’s answer to the increasingly popular smartwatches, given the release of the Apple Watch this September. A collaboration between TAG Heuer, Google, and Intel, the watch’s main appeal is that it marries the Swiss long time tradition of luxury watchmaking and the modern age capabilities of a smart device. Instead of the very contemporary look most smart watches are sporting, the Connected boasts the aesthetics TAG Heuer is known for and boosted up by Google’s Android Wear platform.

The Intel Atom processor that powers the watch is housed by a titanium casing and completed with a black rubber strap looking very much like a classical watch. But the capabilities of the device are endless, ranging from letting wearers connect to the Internet, stream music, and run various applications customized to the wearer’s lifestyle and preferences. The watch also responds to voice commands and finger swipes and is a tie in with an Android powered smart phone. The $1,500 price tag is a hefty amount but it will compete with smartwatches as well as with traditional wristwatches.

The company also offers customers the option to swap their smartwatches for a mechanical one at the end of a two year warranty period with just an additional $1,500. This move is to get more people to try the Connected, as in case they no longer want a smartwatch, they would have invested in a traditional piece for just a total of $3,000.

TAG Heuer Executive Chief Jean Claude Biver was quoted at an event in New York saying, “The Apple Watch will never be eternal. Our watch will. It’s a big advanTAGe.”

But when asked about what is the company’s expectation with regard to market acceptance of their new product, the 64-year old said, “I don’t really know … I only have the gut feeling that we’re just at the beginning, and that the first (connected) watches are like the first phones we had twenty years ago.”

One M9 vs Note Edge: does Note Edge still have...