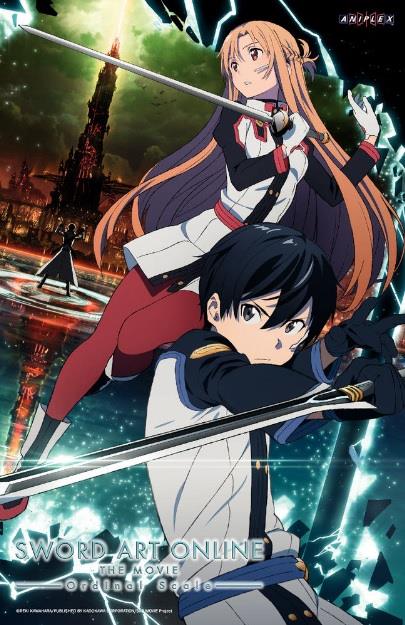 Fans of Reki Kawahara’s “Sword Art Online” light novel series might be in for a treat as the franchise will reportedly be expanding with the announcement of a new manga adaptation of the “Project Alicization” arc.

Kotaro Yamada, the manga artist responsible for adapting the light novel’s “Phantom Bullet” arc into manga format, made a post on his Twitter account earlier this month announcing his next project in the franchise, according to the Anime News Network.

Yamada’s previous work in the franchise featured an adaptation of the “Phantom Bullet” arc that ended up spanning a total of two volumes. The “Phantom Bullet” arc was the previous storyline in the main “Sword Art Online” series, with the “Project Alicization” arc following it which means that Yamada will now be adapting two subsequent arcs in Kawahara’s series.

The news is interesting because it finally brings the extended media adaptations of the light novel series into the later plots of the storyline, which means that an anime adaptation might be soon to follow.

The previous “Phantom Bullet” arc told of protagonist Kirito’s adventures in trying to stop a serial murderer in the in-universe “Gun Gale Online” with the arc already featuring an animated adaptation as the first part of the “Sword Art Online” anime’s second season.

“Project Alicization” will adapt the latest and ongoing fourth arc of the “Sword Art Online” series, which brings Kirito into a new form of virtual reality massively multiplayer online (VR MMO) games. The arc provided some new turnouts in the story’s world in a number of ways, such as introducing the beginnings of time-dilated VR MMO technology with Kirito being involved in the government’s plans to create artificial intelligence (AI) for military use.

To reach their goal, the government instituted a program to develop a virtually created world to nurture the AI. Among the virtual world’s peculiar features is the fact that time ran differently in it compared to the real world, with those within it experiencing time going by 1000 times faster.

Outside of the “Sword Art Online” title, the “Project Alicization” arc introduced the beginnings of the technology seen in Kawahara’s other “Accel World” series, further solidifying the connection between the two.

With the announcement of a manga adaptation for “Project Alicization,” the prospect of another anime season, either for “Sword Art Online” or “Accel World” might not be far behind. Catch the beginning of the “Project Alicization” manga when the 51st volume of Kadokawa’s Dengeki Bunko Magazine hits on Aug. 9.