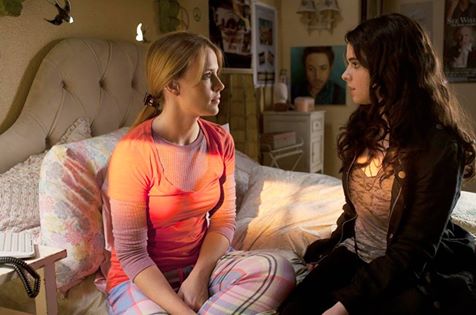 Actor D.W. Moffett recently revealed that he will be seen in every episode of the fifth and final season of Freeform’s “Switched at Birth.”

The star who plays the character John Kennish shared the good news in a correspondence with a fan on Twitter. Asked if will be seen in all of the installments, “Yes. Thank goodness,” Moffett replied.

Speculations have it that John and his wife Kathryn (Lea Thompson) may be facing a great dilemma that will force Bay (Vanessa Marano) and Daphne (Katie Leclerc) to pack their bags and head home.

It can be recalled that in the season 4 finale, the girls who were currently living in China, got a mysterious phone call. Although it was not revealed what the purpose of the message was, it is suggested that the couple could be getting a divorce and they were called to help sort things out.

However, other rumors claim that John may be suffering a serious health condition. With his physical state probably worsening, he asked for his daughters to be by his side.

No matter what the real reason for the girls’ return, Marano told Just Jared Jr. that viewers will find out before the credits ultimately rolls, “This entire season has a lot of returning story lines actually. We left a lot of loose ends open last season so now we’re tying everything together.”

“There’s a lot of… it’s very much like a new year because so much time has passed and the girls are at these new places in their lives. You have to revisit stuff to just show how much time has actually passed,” the actress further explained.

Creator Lizzy Weiss shared on her Twitter that the final moments spent on the production set was heartwarming for everyone. She said that they have shot the last scene in the series in the same place that they have filmed the very first scene of the pilot episode, five and a half years ago.

“All of my writers drove in for the final shot. Cast who weren’t in the scene or even the episode came in to be part of the moment,” she added.

Season 5 of “Switched at Birth” is expected to premiere sometime in January 2017.

'The Sims 5' release date delayed, development may depend on sales...