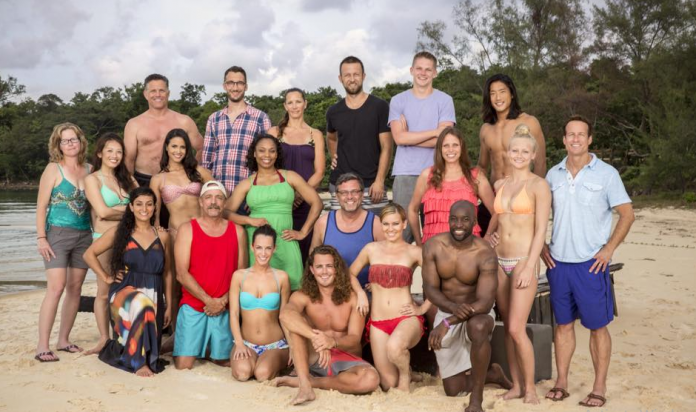 After the intensified drama and so much tag-teaming tactics in Survivor Cambodia Second Chance’s most recent episode, Andrew Savage went home.

Earlier in the show, the castaways were already forming alliances with each other in order to strategize who should go home. Andrew first suggested to Jeremy Collins that Ciera Eastin and Kelly Wiglesworth should go, while Ciera is egging on Stephen Fishbach to vote out Joe Anglim. The conversation was paused when the castaways had a rewards challenge that earns them sweet goodies at the Survivor Caf. Keith Nale, Ciera, Kelly, Kelley Wentworth, Joe and Kimmi Kappennberg emerged the victors in the said challenge.

The alliance continued on when Stephen suggested to Andrew that Joe should be voted out. Later on, Joe tried to convince the rest against Stephen to retaliate against the latter’s suggestion. Afterwards, the survivor returnees were challenged with the Immunity privilege that tests endurance of balancing a ball on a disk, where Joe won for the second time.

At the tribal council, most of the castaways voiced their opinion and frustrations about the alliance-forming, especially for Abi Gomes and Ciera, who are in the bottom. Prior to the voting, however, Kelley surprised the rest when she used her immunity idol. She got a majority of the votes and only two against Andrew, but without any vote counting against her, Andrew goes home.

Meanwhile, there are rumors that the order of elimination of the castaways in Survivor 31, more known as Survivor Cambodia Second Chances, had already been predetermined. The concept of this series is to put together previous survivors who have not emerged winners and give them another chance to win this time.

A forum, called Survivor Sucks, had been forecasting the order of the survivor who will go home, as well as the top three. In the prediction, the top three spots will go to Tahsa Fox, Spencer Bledsoe, and Jeremy, with Jeremy emerging as the winner. Of course, the prediction has some misses but so far, it has been making fairly accurate guesses at this point. Is this a lucky guess or will this prove accurate, especially on the top three?