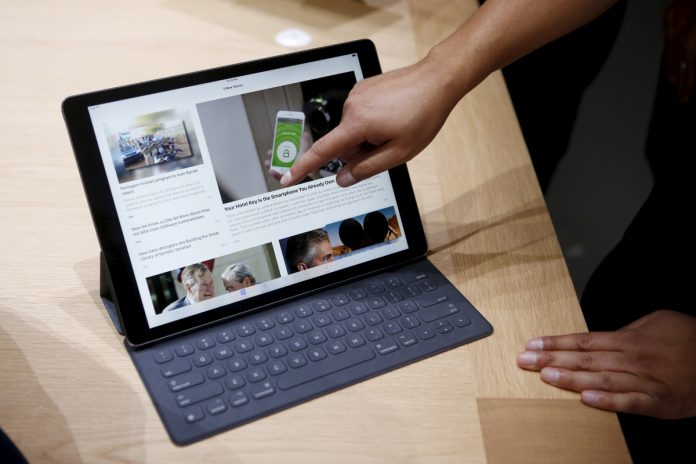 Technology has progressed to the point that tablets can now be converted into mini-laptops, and leading the race in that market are the tech giants Microsoft and Apple.

Microsoft is set to release the successor to its Surface Pro 3 laplet this year, while Apple is also about to unveil its iPad Pro hybrid as well. With both devices competing in the same market, it is worth taking an in-depth comparison of the two devices’ specifications.

According to Christian Today, the Surface Pro 4 will come in 14-inch and 12-inch variants. Both versions will have a display resolution of 2160 x 1400 pixels.

As for its processor, the Tech Times theorized that the laptop/tablet hybrid from Microsoft could either be powered by the new Intel Skylake processors or the direct predecessor, the Broadwell chipsets. Whichever the choice, the article said, it means better battery power for Microsoft Surface Pro 4 compared to the Surface Pro 3.

Other features to be expected from the Surface Pro 4 include an Intel RealSense 3D camera, a fingerprint scanner and USB Type-C ports.

The Surface Pro 4 will allegedly be released on October 6 based on event invitations Microsoft sent out to analysts and members of the press, Computer World reported.

The iPad Pro, Paste Magazine said, comes out as a 12.9-inch device with a display resolution of 2732×2048 pixels. It will also have a 1.2 megapixel front camera and a main camera that has a resolution of 8 megapixels.

According to Gizmag, the iPad Pro will support interfacing with a stylus-type device Apple calls the “Pen,” as well as support for keyboard accessories and fingerprint scanning.

Apple will reportedly release the iPad Pro in November.