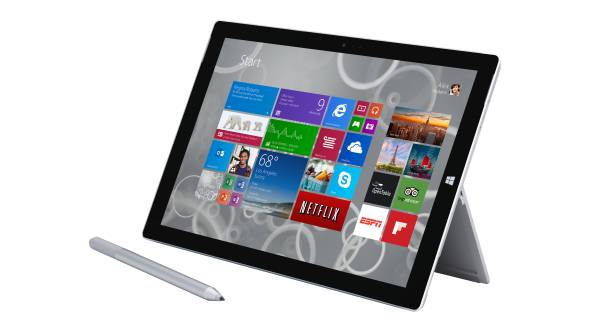 The hybrid technology of tablet-laptop further enhances functionality with the likes of Microsoft’s Surface product line up. This is even upgraded further with the software giant’s Surface 4 Pro rumored to be released along with Windows 10 late next month.

During the conference held last April 29, to May 1, spectators were expecting updates on the Pro version, only to be disappointed as Microsoft did not mention anything about it. Now, it is making the rounds that Surface Pro 4 will be released together with Windows 10, which makes perfect sense given that most soon-to be-launched gadgets also await for the operating system upgrade.

Feature-wise, there is a possibility that it will debut a smaller form which can fully function as a tablet and at the same time transform to a laptop through connecting to bigger screen. Other reviews, on the other hand, indicate that the device will retain its 12-inch size as it is intended to be a replacement for laptop but with more flexibiility. In terms of processors, possibly, its Haswell dual core i5 and i7 processors will be updated to Broadwell chips which can eliminate the heating problems and similarly prolong battery life and make it quieter. Although unsure, Microsoft may incorporate Skylake processor chip in Surface Pro 4 for a better competitive advantage against other similar devices. In terms of storage and memory, it is possible that Surface Pro 4 will have 16GB RAM and up to 1 TB storage.

Similarly, Surface Pro 4 may sport HoloLens, a virtual reality experience, which can give excellent gaming experience for its game, Minecraft. It may also have front and back camera, along with a stylus to complement its touch screen feature.

Although unconfirmed, Surface Pro 4 will be priced around the same as its previous series or more, possibly around $1200 to $2000 given that it is targeted to the higher tier market.