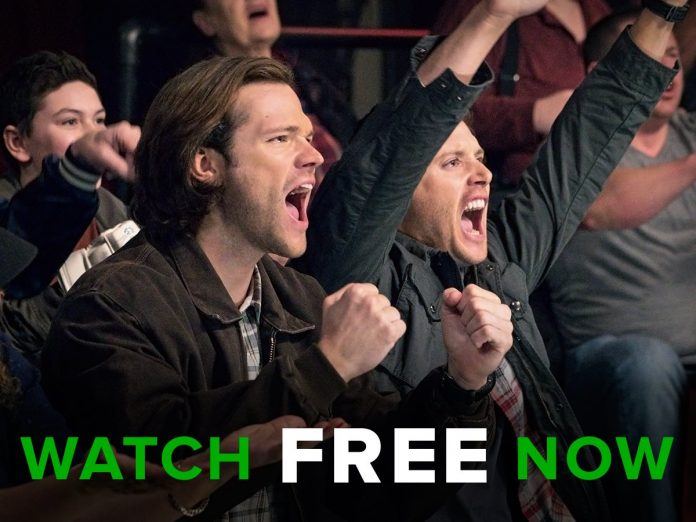 The Winchester brothers, Sam (Jared Padalecki) and Dean (Jensen Ackles), will continue their family business of saving people and hunting things in The CW’s longest running series “Supernatural,” as long as the stars are happy in reprising their roles.

In an interview with Collider, creator Eric Kripke said that, “As long as Jared and Jensen, who are the heart of the show, are up for it, then anything’s possible.”

Teasing that there are still thousands of ghost stories to tell for future episodes, if the cast and crew are still having fun in creating what the fans love about the show, then they will keep doing it.

He also shared that he is still surprised by how successful the series has been even after 11 seasons, “Not in my wildest dreams did I ever think it would have gone four years,” he continued. Kripke admitted he was “hoping and praying” during the early years for the network to pick them up for another run, “So this is mind-blowing and humbling, and I can’t believe it.”

Meanwhile, Ackles confirmed that he will not be directing episodes for the new season. In the last five years, the 38-year-actor has directed an episode each season. However, he decided to take off the director’s hat this time around in order to pace himself and presumably to focus more on his character.

When asked by TV Line what he wants to see in the plot moving forward, Ackles revealed that he wants to have more of the hunter network, expand the Men of Letters mythology, and revisit the purgatory storyline

“I’m a big fan of the original format of the show, the monster-of-the-week kind of thing. [But] I don’t know how we necessarily get back to that with everything that’s happened,” he mused.

“Supernatural” returns to the small screen for season 12 on Thursday, Oct. 13. As fans wait, they can participate in Misha Collins’ seven-time Guinness World Record-breaking scavenger hunt.

Collins, who portrays angel Castiel, founded “GISHWHES” which stands for “Greatest International Scavenger Hunt the World Has Ever Seen.” The weeklong event requires participants from over 100 countries to complete several creative and hilarious stunts.

For its fifth year, the hunt will take place from July 30 to Aug. 6. The winning team with 15 members will go on an all-expense paid trip to Iceland with the actor. Registration is now on-going for interested participants.

'Once Upon a Time' season 6 premiere spoilers: show brings back...