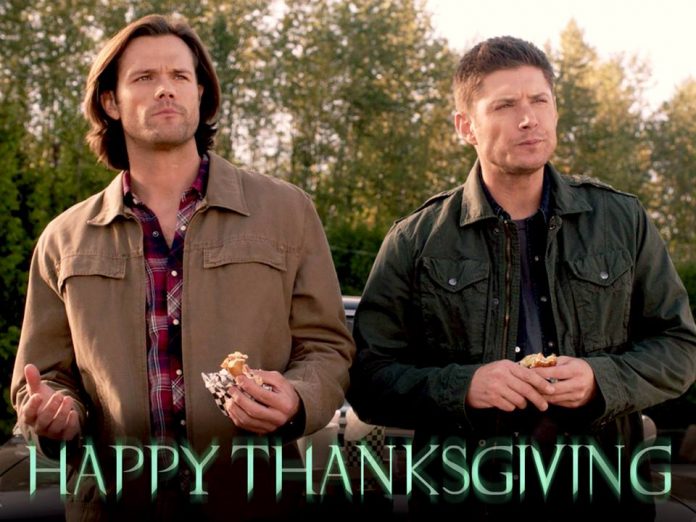 It was revealed by Metatron, the scribe of the big man upstairs, that God had to lock his sibling away in order to create mankind. It seems like the Winchesters brothers, played by Jensen Ackles and Jared Padelecki as Dean and Sam respectively, will have to ask for his help in order to defeat her.

Talking to Entertainment Weekly, Ackles think that they cannot subdue the Darkness without the almighty’s power, but Padelecki shared that they will do the best they can with or without God’s aid as they always make sure of in the previous seasons.

“Whether or not the boys can fight the Darkness without God is a question for us as audience members but is one of those things that’s not a question for the Winchesters. They’re going to do it come hell or high water, with God’s help or with God trying to stop them,” he added.

It may not be that simple, however, as it remains to be seen if the Darkness is what most people think of it as inherently bad. “She is still assessing what this creation is that God made, and I think the very famous line of her so far is that ‘He is the light, and I am the opposite of that, I am the Darkness.’ What’s interesting is, I’m not sure if that’s inherently bad or if that actually could be something that is beneficial,” Ackles stated.

He continued that she is a very interesting character and teased that it will be exciting to find out how the story will play out her curious side.

Meanwhile, next episode of Supernatural airs on Dec. 2 at 9 P.M. EST and will tackle the comeback of Sam’s imaginary friend.

Titled “Just My Imagination,” the official synopsis reads, “Sam (Jared Padalecki) is shocked when his childhood imaginary friend Sully (guest star Nate Torrence) makes an unexpected appearance. Sam can’t understand why he’d see Sully now, but what’s even more surprising is that Dean (Jensen Ackles) can see him, too. Flashbacks reveal young Sam’s friendship with Sully, and why he needed him.”