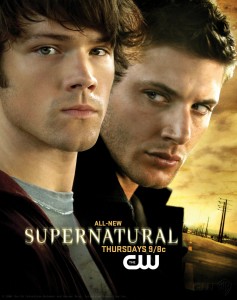 Darkness shrouded the world as Rowena removed the Mark of Cain which afflicted Dean Winchester in the last half of the season. The world of the Winchester brothers for season 11 is changed forever with new questions now that the Darkness has been unleashed. With death dying in Dean’s hands, the identity of the new reaper remains unknown. Fashion and Style reports that things will get even rougher for the brothers. In real life, filming has been suspended because of Padalecki’s personal problems.

Padalecki skipped the JIBCON fan festival in Italy and then posted a slew of tweets which alarmed his fans. His manager already released a statement about his personal problems and asked for understanding and support according to Christian Today.

The removal of the curse on Dean unleashed the Darkness from within Dean Winchester (Jensen Ackles) in the finale of Supernatural season 10. Prior to this event, Dean was advised by Death to transfer the Darkness and Mark to someone else to contain this Darkness, which led them to an agreement that Dean will be sent far away from harming people. But Dean eluded Death’s original instruction to trade his brother Sam’s (Jared Padalecki) life in exchange. At the last minute, Dean used the scythe to kill Death himself.

For Rowena’s spell, Castiel (Misha Collins) and Rowena’s son Crowly (Mark Sheppard) prepare the ingredients. However, one of the ingredients is Rowena’s young loved one named Oscar and she did not know it. She fled once her spell came through and unleashed the darkness all over the world after it came out of Dean. In the course of preparing her spell, she turned Crowly and Castiel into monsters and the latter attacked the former.

Reviews such as that of iO9 indicate the parallels of the season 10 finale with season 8’s where the Winchester brothers aimed to sacrifice everything they have for the sake of family. Screen Rant calls the season ender as a heralder for a darker season 11. Fans and critics are divided on the issue of the Mark of Cain if it is already resolved by season 10 or will persist as a recurring pattern for season 11. Ign reports that it is fully resolved, while Screen Rant predicts otherwise.

The finale aired last May 20, 2015 at The CW and was previously run by its former show runner Eric Kripke.