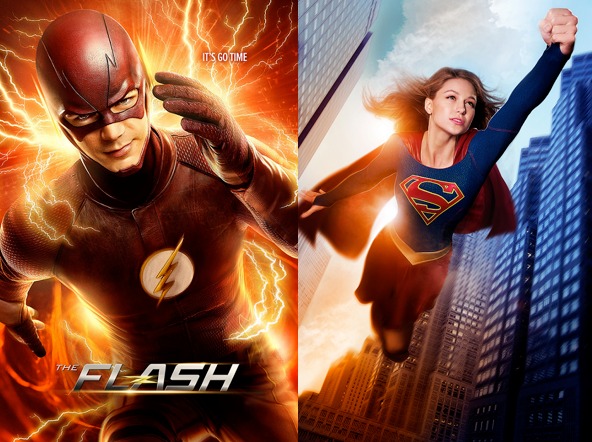 Fans of TV series adaptations of DC Comics’ “The Flash” and “Supergirl,” may be delighted to find out that the universes of the two superheroes will collide in an upcoming crossover.

CBS confirmed the good news earlier this month and shared that together with home network of the Speedster, The CW, they will have the two characters meet in an episode this coming spring. However, it will only be one-way with Grant Gustin’s Barry Allen appearing in the show headlined by Melissa Benoist.

Gustin took it to his Instagram to reveal that the installment will be called “Worlds Finest.” It was penned by Andrew Kreisberg and Michael Grassi from the story by Greg Berlanti.

“We are so incredibly excited to announce something that we have dreamed of happening since we starting making ‘Supergirl’ -‘The Flash’ and ‘Supergirl’ are teaming up!” Kreisberg shared to Entertainment Weekly together with executive producer Greg Berlanti.

“We want to thank Grant Gustin for making the time to come visit (on top of his already immense workload) and all of the folks at CBS, The CW, Warner Bros., and DC for working this out. And finally thanks to the fans and journalists who have kept asking for this to happen. It is our pleasure and hope to create an episode worthy of everyone’s enthusiasm and support,” they added.

Berlanti first addressed the speculations of the crossover during the recent Television Critics Association’s winter press tour saying, “I would love it, a lot of things would have to go right and people would have to say yes. It would have to figured out very soon. It would all have to be figured out in the next month or so. As it remains right now, we’ve talked internally about how cool it would be, but we haven’t had official conversations. [The CW chief Mark Pedowitz] is supportive.”

Details on the plot are being kept under wraps and it remains to be seen if Benoist’s Kara Danvers will return the favor and cross the world of Barry Allen.

The crossover marks the 18th episode of “Supergirl” and is slated to be aired on March 28. Meanwhile, viewers may catch the new episodes of “Supergirl” every Monday at 8 P.M. ion CBS and “The Flash” on Tuesdays at 8 P.M. on The CW.

'Descendants Of The Sun' season 2 rumors: Potential sequel releasing in...