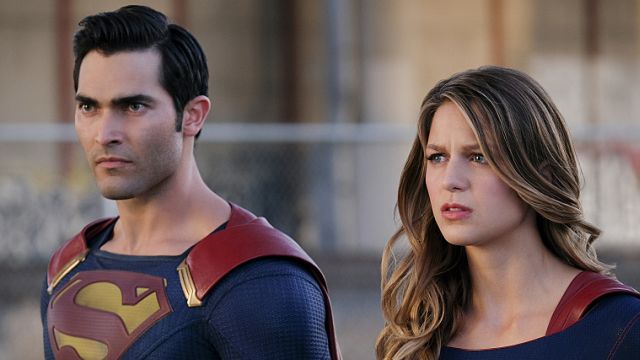 While DC Films is still trying to find its footing with their big screen projects, their separate TV universe within The CW is thriving especially with the Melissa Benoist starrer, “Supergirl,” finally joining the lot on the cable network. Aside from the four-way crossover with other properties under the same umbrella in “Arrow,” “The Flash” and “Legends of Tomorrow,” fans are also excited to see Tyler Hoechlin’s Superman/Clark Kent enter Kara’s world. But with the tie-in taking place this season; is there any chance that Batman will also somehow make an appearance in National City?

If executive producer Ali Adler is to be asked, she is not dismissing the idea of a supposed small screen interaction between Kara, Superman and Batman. Talking to TV Line, she said, “We have this beautiful history with DC, and I like that we get to borrow from this amazing, wonderful canon that we have.”

However, before fans start casting the Gotham City hero for his small screen debut in The CW series, the 49-year-old insinuated that should this come to fruition, it will not be anytime soon. “I feel like we have our hands full with the crossover we’re shooting right now. I think people will be satisfied with how much crossover they’re getting this season,” Adler furthered.

DC Entertainment deciding to have their TV universe independent from its DC Extended Universe, with different actors helming the same characters much like The Flash with Grant Gustin and Ezra Miller, respectively, may actually result in higher chances of Batman appearing in “Supergirl.” That way, filming schedules will not get in the way for the parallel worlds. Furthermore, after this year’s “Batman v Superman” Dawn of Justice” drew mixed reviews, a refreshed take on Superman interacting with Batman on TV might be a great way to re-establish the connection between the two prominent superheroes.

As Adler insisted, the possibility is there but chances are it will not be happening soon and it may be a good idea to postpone it until they are able to establish a good foundation for the show. Nevertheless, “Supergirl” is not lacking in possible narratives to tackle, at least for the forthcoming season.

Right out the gate for the season premiere is the episode titled “The Adventures of Supergirl” which puts the Kryptonian heroine side by side with her cousin, Superman to take on a new threat in National City.

Catch “Supergirl” season 2’s debut on The CW on Oct. 7, and then every Monday at 8 p.m. ET moving forward.