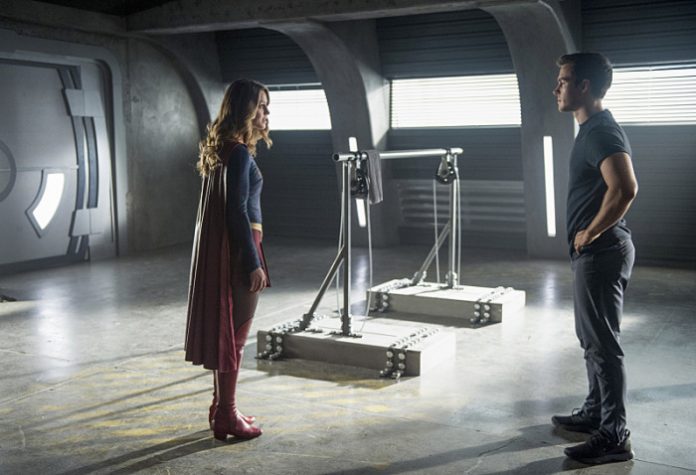 To say that last week’s episode of “Supergirl” season 2 was full of surprises is kind of an understatement. The installment which covered the introduction of President Olivia Marsdin (Lynda Carter) and the eventual reveal of who she really was also debuted a new character, Mon-El (Chris Wood), who may become a major player in the ongoing story.

Following the departure of Clark also known as Kal-El (Tyler Hoechlin), as he returned to Metropolis, Kara’s (Melissa Benoist) life was not entirely devoid of having to deal with creatures similar to her out of this world origin. The introduction of Mon-El, who was revealed to have come from Daxam, Krypton’s neighbor planet, seems to be the start of a long-running arc for the season. After all, executive producer Andrew Kreisberg told Entertainment Weekly that he will help Kara fulfill her mission in looking out for her cousin.

As of now, it might still be tough to envision the two working side by side given their not so friendly introduction. In the Daxamite’s defense, he had just woken up in an entirely new planet where he does not know anyone. Furthermore, he realized that his home had been destroyed and he was being accused of something that he did not have anything to do with. Given this, it might be quite a while before viewers can fully warm up to the prospect him teaming up with Supergirl.

In tonight’s episode, Kara takes it upon herself to show Mon-El the ropes of being an enhanced creature on Earth. And while this may be a good way to start patching things up with him, Kreisberg warned about the possibility that Mon-El cannot be fully trusted especially given the trauma of his first contact on Earth. Meanwhile, Wood presented it the other way around, revealing that it might be the Kryptonian who has reservations about his character given the rivalry between their planets.

“There’s a mutual hostility that they both feel towards each other because they’re both from opposing planets,” the actor told TV Guide. “I think Mon-El lets that go a little quicker than Kara does, and we’ll see in [the fourth episode] that Kara’s prejudice against Daxamites might cloud her ability to judge Mon-El as an equal and as a neutral presence in her life.”

Elsewhere in the installment titled “Survivors,” the alien narrative continues with Kara and Alex (Chyler Leigh) investigating the murder of an unregistered extraterrestrial which will lead them to an underground fight club manned by Roulette (guest star Dichen Lachman).

'Fallout 4' guide: How to get weapons, ammos, gears on levels...