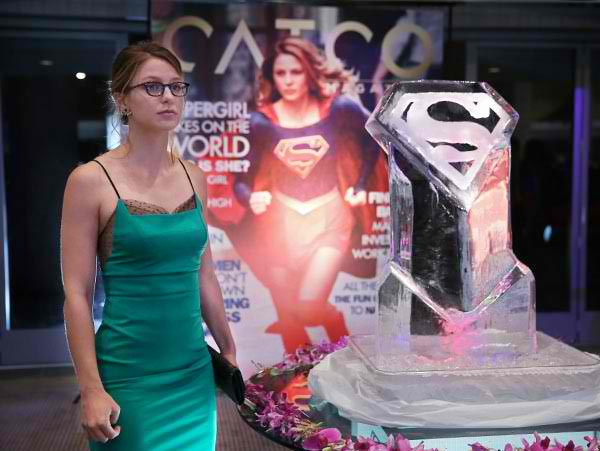 While most of today’s comic book shows have taken a darker tone of storytelling, the newest addition to the growing roster of shows, “Supergirl”, tells the hero’s story with a lighter side, while also keeping the fun and excitement that is expected of a comic book show, and that’s what the showrunners are aiming forfor the show to induce the feeling of optimism and hope, and for it to become an inspiration for others too.

In his recent interview with ComicBook.com, show Executive Producer Andrew Kreisberg shared how the show’s Kara Danvers is compared to her more prominent and established cousin hero.

“I think that Superman has always been more than just a hero. He’s been an inspiration, and a beacon of hope, something to aspire to,” Kreisberg said. And that is what they want to bring out of the character more.

They previously made the move to take their previous comic book shows on darker pathsmainly with “Arrow”, and a less dark but still dangerous “The Flash”. But with “Supergirl”, things are different now.

And that is a quality of the hero that oftentimes gets ignored in comic book adaptations, Kreisberg saidone which they won’t be doing for “Supergirl”.

“I think that there’s a tendency to not embrace what things are [with respect to these heroes], and I think you do that at your peril,” he added. “So we’ve really embraced that, and hopefully not only [star] Melissa [Benoist], but the show itself can be an inspiration.”

“Supergirl” airs Mondays on CBS. The next episode, “Fight or Flight” will introduce one of Superman’s villains, Reactron, and will guest Peter Facinelli as Maxwell Lord.