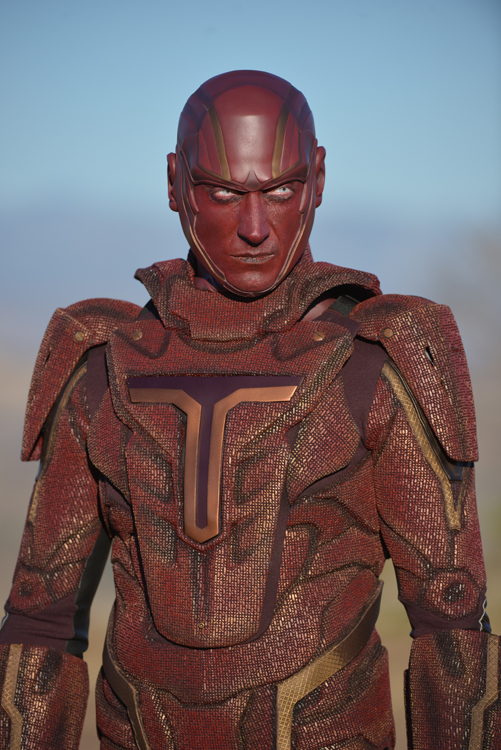 A new villain for the upcoming Supergirl series has been revealedand it comes as none other than Red Tornado.

Warner Bros. Television and CBS recently released the first image of actor Iddo Goldberg as Red Tornado, a villain to the heroine Kara Zor-El, aka Supergirl.

Goldberg plays the role of Red Tornado, all the while playing the role of supervillain scientist T.O. Morrow, too. However, Morrow is not an alter ego of Red Tornado, as he is the inventor of the android. But in the series, it is still not clear whether the two entities will somehow be fused together, or if the Red Tornado will simply be created in the form of his inventor Morrow.

Red Tornado is officially described as: “RED TORNADO is the most advanced android the world has ever seen. Designed by scientist T.O. Morrow for the U.S. Army as the ultimatesuperweapon, he soon becomes sentient, posing a grave danger to National City — including the peopleSupergirl cares about most.”

Starting out as a villain bent to destroy the JSA and the JLA, Red Tornado eventually had a change of heart when he eventually defeats Morrow and became a member of the JSA.

Red Tornado became a hero along with the others, eventually adapting the name John Smith, as he later on became more and more like a human being.

Supergirl will premiere on October 26 at 8:30 p.m. on CBS and will then move to its regular 8 p.m. timeslot on November 2.