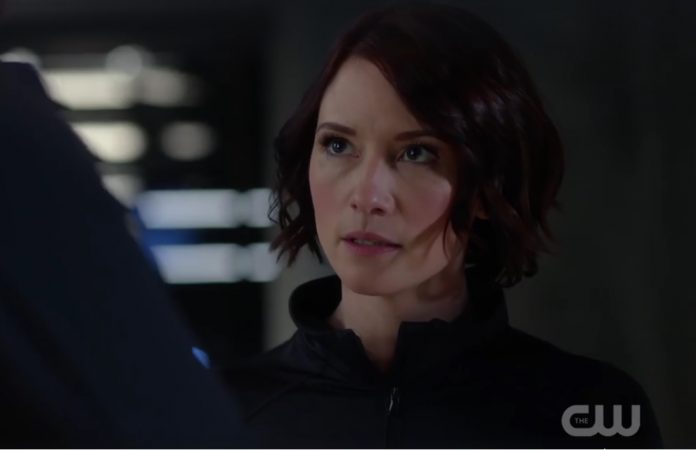 In the action-adventure drama “Supergirl,” Kara’s (Melissa Benoist) adoptive sister, Alex (Chyler Leigh), fell in love with Maggie (Floriana Lima), a police detective who takes a special interest in the cases involving aliens and metahumans. Their romantic relationship has been one of the highlights of the series.

To prove their popularity, The CW series was nominated for Best Dramatic TV Show at the GLAAD Media Awards for featuring Leigh’s character.

GLAAD stands for Gay & Lesbian Alliance Against Defamation, and the organization’s media awards recognize and honor diverse branches of the media for their remarkable representations of the lesbian, gay, bisexual and transgender (LGBT) community and the issues that impact their lives.

“We’re just really humbled by it, very proud of it,” 36-year-old Lima spoke with People during the awards night.

“There was no way we would have known the impact that this would have had. We definitely wanted it to be a strong representation, and that’s why we’ve thought so hard about it and wanted it to be beautifully done, so I’m just really happy with the writers of ‘Supergirl’ who have really brought this to life,” Leigh, 34, followed up Lima’s statement.

Leigh extended her gratitude to the award-giving body through Twitter.

In the latest episode of the DC superhero series, Alex’s relationship with Maggie was tested. While taking a short break from the premises of the DEO, the couple met Maggie’s ex-girlfriend, Emily. They invited her for dinner, but the female guest did not show up.

Feeling suspicious, Alex confronted Emily, who confessed that Maggie was unfaithful to her when they were still together. Kara’s sister felt upset, but it was not because of Maggie’s cheating history but because she was keeping secrets from her. Alex came to realize that the female detective’s trust issues rooted from her parents’ rejection.

Alex explained to her girlfriend that she would not judge her for her past.

“Here we are representing a healthy, growing lesbian relationship, which you just don’t get to see. Not very often, at least,” Leigh told People.

The second season of “Supergirl” will continue on Apr. 24 on The CW.