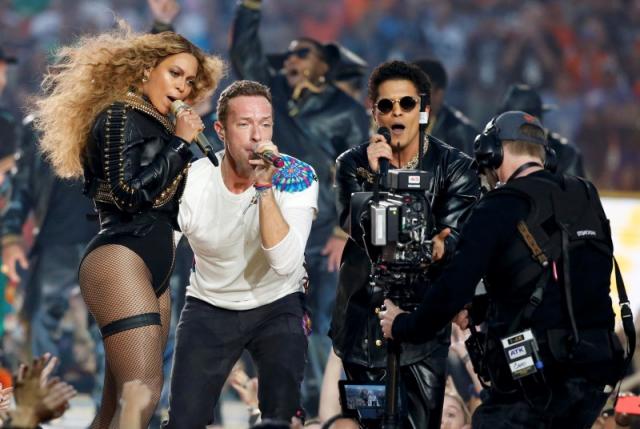 Gwyneth Paltrow played babysitter for Blue Ivy as Beyonce performed with Coldplay at Superbowl 50 on Sunday.

The actress was snapped with daughter, Apple, 11, together with Beyonce and Jay Z’s four-year-old in the audience as they cheer for the “Formation” singer and Paltrow’s ex-husband Chris Martin.

Paltrow, 43, posted a photo of Apple and Blue Ivy holding hands as they get into the stadium.

“#superbowl jacket game,” she wrote of the photo.

For those who were surprised on how Beyonce got the Oscar winner to babysit her daughter, E! News reported that the friendship between both famous women dates back years ago.

Paltrow, who was then married to Martin, told Ellen DeGeneres in 2010 that they met Mr. and Mrs. Carter in a benefit event in New York.

Paltrow and Martin, who split in 2014, were frequently seen at Beyonce and Jay Z’s concert and were even at the front row during the couple’s wedding in 2008.

“The greatest perk of being their friend, is that I have a relationship with people who are alsowho have similar… I mean, obviously I’m not as famous or successful as they are,” Paltrow told “Watch What Happens Live!” last year.

Beyonce also shared the same love for her Hollywood pal when she told E! News how “incredible” and “a great friend on every level” Paltrow is.

“I think for us, protecting our daughters is so important and…keeping things on our own terms,” she said. “I will still be protective and make sure [Blue Ivy] has a childhood and a great time.”

The “Iron Man” actress also had nothing but love for the diva’s daughter. “She is like the boss of everything,” she said. “She can do all the choreography to Sia’s ‘Chandelier’ video… and she’s just super smart and I love her so much.”