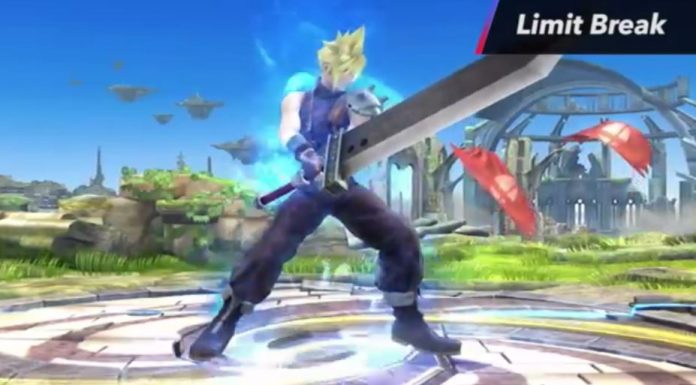 Nintendo recently revealed new details about the upcoming “Final Fantasy VII” Cloud Strife DLC for its fighting game for the Wii U console, “Super Smash Bros.” As previously promised, the latest videos presentation focusing on the game revealed details about the announced and much awaited DLC characterand more that will be coming to the game in the course of the following months.

In the video presentation, which is said to be the “final” video presentation of Nintendo focusing on “Super Smash Bros.,” game creator Masahiro Sakurai took the seat to host the event and explain how Cloud will work in the world of the fighting game.

“Adding this character seemed all but impossible, but we made it happen,” said the video presentation. “We had a lot of requests for ‘Final Fantasy’ characters to join ‘Smash Bros.’ but among all of them, Cloud has been requested the most.”

Cloud, as part of his iconic look, will wield his massive Buster Sword. Cloud’s Side Smash Attack will deal a high-speed chain attack, hitting opponents swiftly three times in a row. Also, whenever Cloud hits, the background music that will play is the same music that can be heard from the original PlayStation 1 version of the classic “Final Fantasy VII,” where the character first appeared.

The Limit Breaker feature from the original game also comes, as Cloud has a gauge that gets filled everytime he hits or gets hit, which upgrades all of his attacks for one use.

Cloud is now avaialable for donwload, and players who will avail him will be getting the new Midgar stage, too.