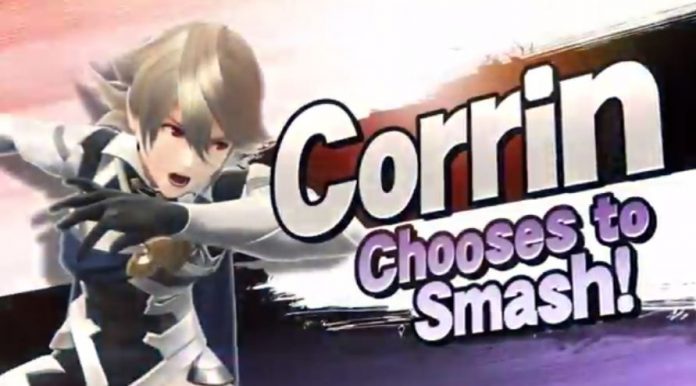 As part of their massive and extensive “final” video presentation focusing on the game, Nintendo revealed a new DLC coming to its Wii U and 3DS fighting game “Super Smash Bros.”a new “Fire Emblem” character enters the game!

In the video presentation, which is said as the “final” video presentation of Nintendo focusing on the “Super Smash Bros.” game, game creator Masahiro Sakurai took the seat to host the event, and explained how Cloud would work in the world of the fighting game.

“Adding this character seemed all but impossible, but we made it happen” said the video presentation. “We had a lot of requests for ‘Final Fantasy’ characters to join ‘Smash Bros.’ but among all of them, Cloud has been requested the most.”

Corrin will be coming to the game playable as either the male or the female version of the character, with both variants performing exactly the same. Corrin will be wielding the final form of the Yato blade, the Omega Yato. Corrin can also use the Dragon Fang to transform into a dragon. When transformed, Corrin makes use of certain body parts of the dragon form such as the wings and the long reach it gives in attacking.

The character’s Standard Special, Dragon Fang Shot, paralyzes or bites away opponent in an attack. Players can also charge up this attack with the B button, to deal more damage to the unfortunate opponent. The Side Special, Dragon Lunge, has the ability not only to thrust opponents, but also pin them to the ground for a while for a follow up attack. The Up Special, Dragon Ascent, makes full use of the wings.

Corrin’s Final Smash is called Torrential Roar. Corrin will pull in a number of opponents, and deal finishing blows to them all at once with a whirl of water.

Unlike other revealed new DLCs, Corrin will not be coming with a similarly-themed stage. However, Nintendo will be including new “Fire Emblem” music to the DLC, which can be used in any “Fire Emblem” stage in the game. Also, Ryoma and Xander trophies will be added for the 3DS version of the game.

Corrin will be released sometime in February 2016.