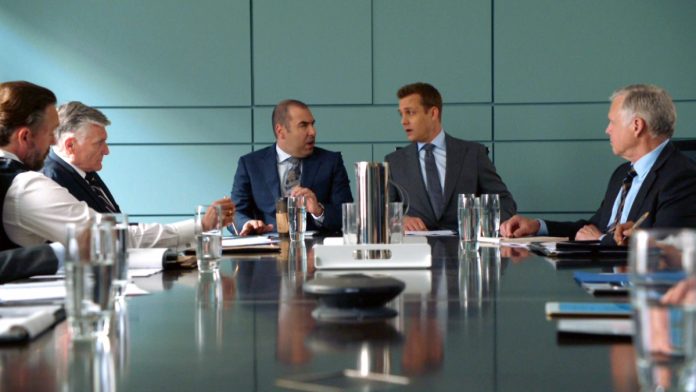 Viewers may see another face-to-face bout between Harvey Specter and Louis Litt when episode four of season five in “Suits” airs on July 15.

The trailer titled “No Puedo Hacerlo” which roughly translates to “I cannot do it” showed that Louis’s beautiful sister Esther visits the law firm. Although it looks like he does not want Esther to stay in town longer than necessary, she may have other plans in mind.

Esther seems to take special attention to Harvey and when Louis notices it, he asked Harvey to promise not to sleep with her. But the sneak peek showed that the two seemingly grew closer with each other with Esther asking him, “Do you like to take me him tonight?”

Her appearance on the show may set another fire to the already unbridled relationship between Harvey and Louis but Donna may come to the rescue and help settle things between them.

The official synopsis of the new episode reads: “Harvey steps outside his usual area of expertise, in order to take a case from a client who has a special tie to the firm. Mike and Zane work their class-action case together, but Mike learns they have different ideas about what constitutes a win for themselves, and for their clients. And Donna counsels Louis on the best way to settle a feud.”

Christian Today speculates that the special client may have something to do with founding of the law firm that is why Harvey will make some creative ways to win the case.

Although he is known to bend some rules in order to get the result he wants, the report added that this time, it is possible that he may break the law.

Meanwhile with Mike Ross and Robert Zane working on a pro-bono case that may result to misunderstanding between them, it poses a possible difficulty between his marital engagements with Rachel Zane.