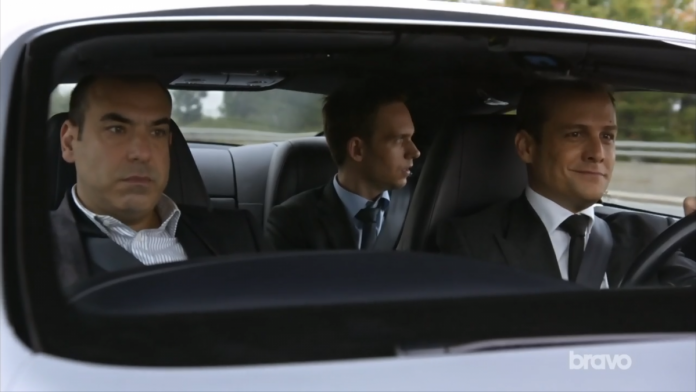 One thing that USA Network’s “Suits” is able to do brilliantly since the emancipation of its cliffhangers is that it does not shy away from delving back to exactly where they left off. And that will still be the case when the thriller returns for the second half of season 6 following Jessica’s (Gina Torres) surprising decision to leave the firm.

In a post-mortem conversation with The Hollywood Reporter following the midseason finale, creator Aaron Korsh said that the legal drama will be diving back into the aftermath of the show’s so-called mother hen’s departure. And while things are still on shaky ground, the remaining characters will all be dealing with different kinds of emotional turmoil separately.

“Mike (Patrick J. Adams) has to figure out what he’s going to do. Harvey (Gabriel Macht), Louis (Rick Hoffman) and the firm have to figure out what they’re going to do logistically and who’s going to run the place. In addition to that, what are they going to do when the woman who has kept them from sort of killing each other all these years leaves,” Korsh said, listing the soon to be addressed plot lines. “The last six is about that to some degree it’s about people figuring out what they’re going to do in this time of change and uncertainty. Then hopefully at the end of it, we land on something that gives us somewhat of a paradigm for moving forward for next season.”

Love lines are also pretty busy at Pearson Specter Litt with two engaged couples in Mike and Rachel (Meghan Markle) and then more recently in Louis and Tara (Carly Pope). But while the aforementioned relationships’ future are pretty clear, Harvey and Donna’s (Sarah Rafferty) brief but powerful moment in the midseason finale is anything but.

For seasons now, fans have been clamoring for the comrades to finally jump on the romantic relationship wagon, but it seems like every time things get a little bit too close, at least one of them pulls back. Korsh admitted that when he is asked about “Darvey,” he always needs to be a little bit more cautious with his words as it can be misconstrued in a lot of different ways.

No official return date for “Suits” yet, but fans can expect it to come back sometime in early 2017.