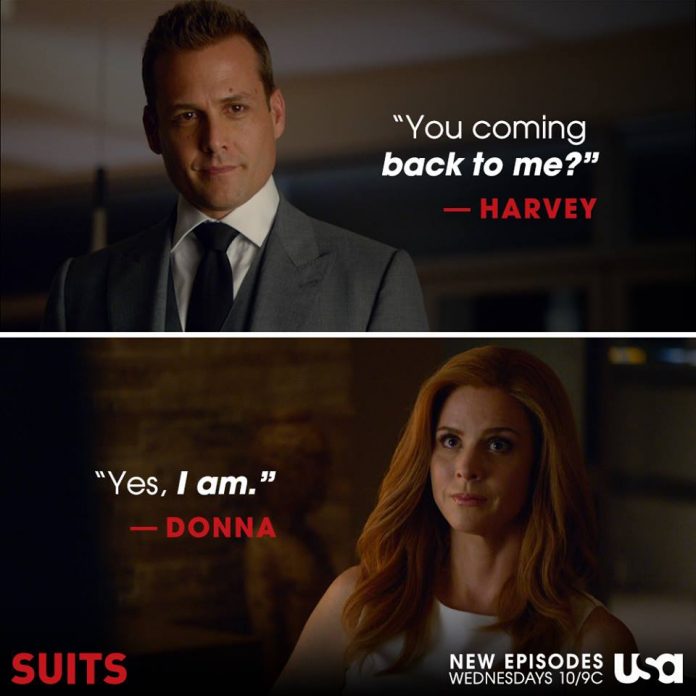 Better luck next time for Harvey (Gabriel Macht) and Donna (Sarah Rafferty) fans who are hoping that the current shakeup inside Pearson Specter Litt will finally get them together. As it turns out, everyone will be all business trying to rebuild the firm that a romantic involvement between the two will be highly unlikely for “Suits” season 6.

Rafferty herself slammed down the theory when she talked to TV Line’s Matt Mitovich during the show’s premiere event.

“We’re not going to dig too much into emotions between [Donna and Harvey],” the redhead actress said. “They’re really busy working st out, and they’re not going to have their confusing relationship status get in the way of their goals.”

It is no secret that there is chemistry between the two longtime co-workers, and in the course of the show, there were times that creator Aaron Korsh was already going to give in to fan clamor. Unfortunately, every single time the lawyer and his trusted secretary came dangerously close to being an official couple, they break away from each other.

Some loyal fans could argue that preserving the tension between Harvey and Donna may be a good thing, at least for now. The New York City law firm does not necessarily have a good track record when it comes to love lines developing its roof. Aside from the longstanding relationship between Mike (Patrick J. Adams) and Rachel (Meghan Markle) who are also in precarious grounds, everyone seems to break up in the end. Latest to bite the dust is the boss herself Jessica (Gina Torres) who has broken up with, as well as lost an employee in, Jeff Malone (D. B. Woodside). Others who were rooting for the duo on the other hand argue that they are already so in tune with each other that they will be able to handle themselves better than the other couples.

While Rafferty is being negative about the prospect of Harvey and Donna, she is more than optimistic in bringing love once again to Louis (Rick Hoffman)

“I have always said that if I need a wingman, I would pick Donna,” she proudly stated. “She’s the superhero of wingmen, so she gets to put on her cape and help him out.”

“Suits” season 6 will ground break on July 13 on USA Network and will air every Wednesday night at 9 p.m. ET moving forward.