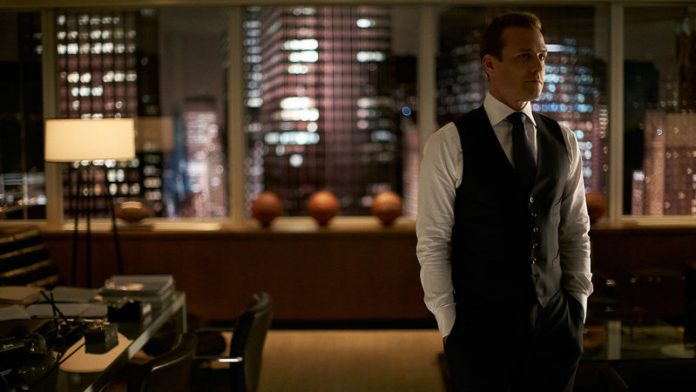 With less than two months before the show’s season 6 premieres, fans of the legal drama “Suits” can start getting excited with new spoilers swirling around the internet.

Titled “25<sup>th Hour,” the final episode of “Suits” season 5 ended with Mike (Patrick J. Adams) taking the prison deal offered to him in order to protect Harvey (Gabriel Macht) and the other members of Pearson Specter Litt.

Unfortunately, it turned out that Mike was found not guilty by the jury which made his decision wrong. Harvey tried to find a way to nullify Mike’s deal with Anita (Leslie Hope), the prosecutor assigned to the case, only to be rejected.

With Mike facing prison, he and Rachel (Meghan Markle) decided to get married. Mike eventually did not go through with the marriage, telling Rachel that they could do it when he gets out but only if she still wanted to. The season then ended with Mike heading off to prison.

According to details provided by the USA Network, season 6 will pick up right after the events of the previous one. The premiere episode will begin with Mike entering prison to begin his two-year sentence, leaving Rachel alone.

More details reveal that with Mike gone, Rachel will possibly enter a relationship with new character Professor Dunbar (Malcolm Gets). The pair will meet at Columbia Law, where Dunbar teaches ethics and Rachel is studying for her law degree.

Speaking with Yahoo TV, series creator Aaron Korsh revealed that the producers originally intended Mike and Rachel’s wedding to go through. They changed it solely to allow more opportunities for the season 6 plotline.

In the same interview, Markle expressed her belief on the possibility that her ex Logan (Bendan Hines) might also be featured in the season with Mike temporarily out of the picture. She also said that viewers will see more of Rachel’s other sides, like at law school, and the season might allow more characters to be introduced.

“There are going to be more people in her world than we’ve been able to see,” said Markle. “Which as an actor, I’m really interested to be able to have more things to play with in that regard, but I have no idea what that’s going to do in terms of the stress that it puts on her relationship with Mike.”

To see just how Mike’s relationship with Rachel will pan out, catch the premiere of “Suits” season 6 when it airs Wednesday, July 13 9 P.M. EDT on the USA Network.