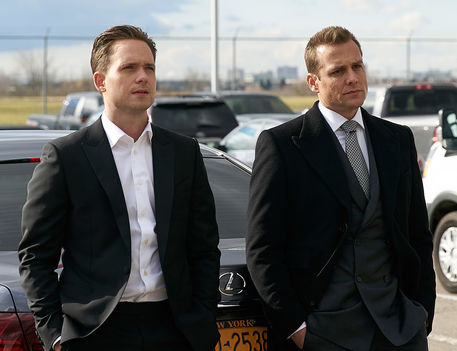 “I made a decision. I can’t go back in time and change it.”

The newest trailer for the upcoming new season of the hit USA Network legal drama “Suits” is called “Some Lies Can’t Be Undone.” The new trailer shows a quick rundown of all the events that led to where series lead protagonist Michael “Mike” Ross (Patrick J. Adams) is right now in prison. From his unexpected job interview and hiring by Harvey Specter, to the time that his secret had been revealed by the people who had known it, and finally him being made as a fraud.

While the short teaser did not offer anything significant about how the new season might transpire now that Mike is behind bars except for that one shot of him sporting his prison clothes show creator Aaron Korsh previously teased in an interview that the new season’s premiere, unlike other previous seasons, would not be having a time skip of any kind. Unlike in the past that seasons had a gap of six months to one year, the premiere for the upcoming season would pick up immediately after the events of the season 5 finale.

“It’s not finished being written, so I might change my mind, but the entire [Season 6 premiere] is the first night,” Korsh told Yahoo! TV. “It’s Mike’s first night in prison, combined with our people’s first night after discovering no one is left at the firm. It’s back-and-forth between those two things.”

On the other hand, Adams teased that while his character Mike is now in prison, it would seem that his days as a practitioner of the law would not be over at least in the best way possible while being in prison.

“I imagine that the show’s not just going to be about him reading books in his jail cell and killing two years,” Adams said. “To me, Mike always wants to be in service of something. He’s got a good heart, and he’s got a good moral code. I think somehow he’s going to have to find somebody that he’s in service to and some way that he can be helping people. I’d be interested to see how that happens in prison.”

The new season of “Suits” premieres July 13 on the USA Network.

Blacklist season 3:will the Liz-Tom romance flourish as she and Red...