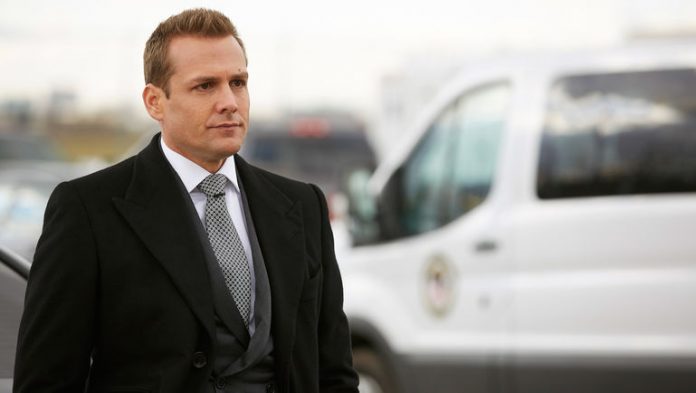 “Suits” will come back to the airwaves with Pearson Specter Litt “on fire” as a result of Mike (Patrick J. Adams) finally getting caught on his lie. And while the mentee is trying to cope with his new life in penitentiary, his mentor Harvey (Gabriel Macht) will have to get his act together to rebuild his law firm.

“Harvey acts on his instincts; sometimes he’s thought it through and sometimes he goes about things in an alternative manner and it comes back to bite him in the ass. You’ll see that in Season 6: The consequences Harvey pays for his actions,” Macht told the New York Post in an exclusive sit down in celebration of the legal drama’s impending comeback.

While the lawyer exudes ruthlessness and motivation to get back on his feet, the 44-year-old actor admits that at the back of Harvey’s mind is the worry he has for Mike.

“When Harvey sees his ‘younger brother’ going to jail, and he feels 50 percent or more responsible for that, I think Harvey feels that if he could trade places with Mike, he would,” he continued, adding that the dynamic duo works better when they are together rather than when they are apart something that has been illustrated in the show many times, especially as they receive blows from opposite directions. Unfortunately, it seems that along the way, the two will bump heads more as Mike is teased to be no longer interested in collaborating with Harvey.

Series creator Aaron Korsh has been very forthcoming in saying that he has no plans of fast tracking Mike’s supposed two-year stint in prison. Nevertheless, Macht shares that there is a point that the upcoming season will have a time jump and resume just in time for the quasi-lawyer to get out of the penitentiary.

“I can tell you there was an idea we would jump forward two years, but I think what Aaron did was great,” Macht says. “He challenged himself by putting himself in this corner, by putting Mike in jail and seeing … how Mike and Harvey can fight their way to survival.”

Adams has previously confirmed that by episode 7 of the show, he is still behind bars and it looks like it will stay like that for a while. However, while he is uncertain, he thinks that Mike will be able to concoct something so as to not serve his original sentence.

“Suits” season 6 will break ground on July 13 on USA Network and will air every Wednesday night at 9 p.m. ET moving forward.