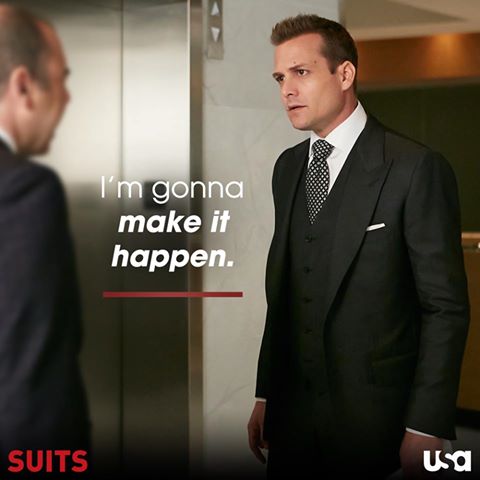 In an interview with Woman’s Day during his publicity tour in New Zealand, Macht shared, “What I can say is, season 6 opens directly after season 5 ends. So, it happens on the same night. There’s a lot to be fixed, there’s a lot of turmoil for some characters.”

“There is an empty space in our law offices at this point and nobody is really around except for the main characters and we end up spending the night in the offices altogether and try to figure out how to make peace,” he added.

The 44-year-old actor, who is a self-confessed family man, said that he is nothing like the lawyer he portrays. During his tour in Kiwi, he brought along his entire family including wife and fellow actress Jacinda Barrett and children.

“I’m a family man. My relationships with my wife and my kids are my priorities. And I have the upmost confidence in my love for my family and I prioritise that. Harvey really prioritises work and closing a deal. He can be a lot of fun at times but he’s got way more testosterone driven angst and a lot of anxiety and that’s just not where I operate from,” he mused.

He added that he thinks Harvey’s presentability on the outside and confidence may be overcompensations for his lack of confidence as he tries to fix things in his life.

Meanwhile, Aaron Korsh teased previously that a lot of changes will be happening as Mike Ross (Patrick J. Adams) spends time in prison.

His actions will have repercussions to his relationship with Rachel Zane (Meghan Markle) “They will be separated for about two years. This will be harder than not to get married. She does not want her, she understood. it is rather the fact that he will be in prison that will affect them,” he shared.

The release date for season 6 of “Suits” is yet to be announced.