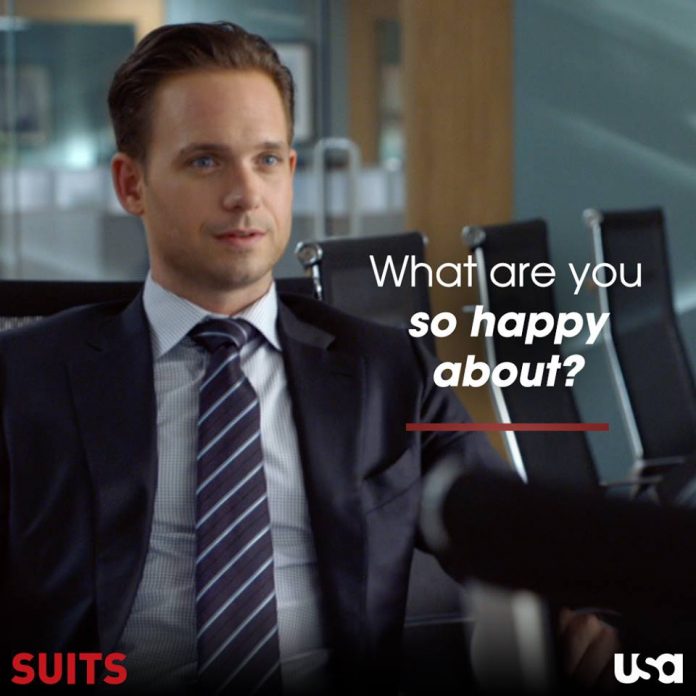 Despite tensions rising in the upcoming season 6 of USA Network’s “Suits,” viewers will still get some comic relief courtesy of a fan favorite character.

It seems like Louis’ (Rick Hoffman) attempts to help Harvey (Gabriel Macht) in salvaging the firm will provide a few good quips for the fans to enjoy. In an interview with TV Line, Adams teased that, “There isn’t a lot of room for joking around when you’re in prison, trying not to die. But the rest of the show has found a really good way to balance that out.”

The mass exodus of the lawyers in the final installment of season 5, following Mike’s guilty plea deal for fraud, has resulted in the company having a lot of empty spaces they can put up for temporary lease.

“They need to rent out the offices to a bunch of financial whiz kids, so that [provides] a lot of opportunity for some funny stuff to come back in. Louis has some great storylines, so he’s bringing the comedy,” the actor added.

Meanwhile, Macht assured fans that the new run will have an exciting and upbeat start. He explained that the characters will experience a scenario similar to the classic film, “Breakfast Club,” “There’s some good hijinks,” he hinted.

Season 6 of “Suits” is slated to air its premiere episode titled “To Trouble” on Wednesday, July 13 at 9 p.m. ET. The description reads, “Mike transitions to prison life while Harvey, Jessica [Gina Torres], Louis, Donna [Sarah Rafferty] and Rachel [Meghan Markle] deal with the fallout of Mike’s plea deal and try to prevent what’s left of PSL from collapsing.”