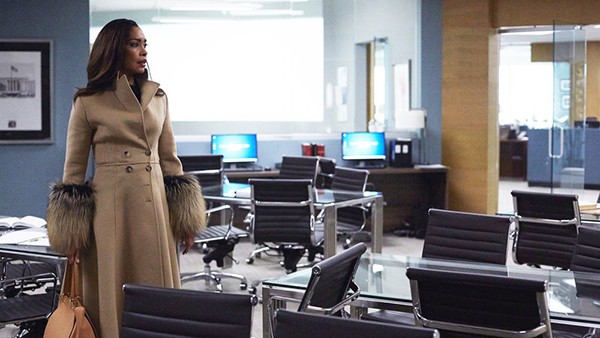 Legal drama “Suits” may be on the verge of losing one of its most formidable characters in Jessica Pearson as Gina Torres booked a lead role in the upcoming drama “The Death of Eva Sofia Valdez.”

Deadline reported that Jessica’s days may be numbered in the world of law firms and courthouses as Torres is heading to a different environment for the new ABC pilot drama. The actress is slated to play the titular role, who is “an immigrant who rose from rags to riches and is a celebrated Miami entrepreneur and a champion for immigrant rights.” While she will still be making an appearance in the upcoming season of “Suits,” finishing her six-year contract, it is possible that the show’s creator, Aaron Korsh, will try to give the character a good exit.

With Pearson, Specter, Litt in shambles during last season’s finale, Jessica’s presence is needed more than ever if the trio of New York lawyers will decide to revamp their law firm.

“It’s kind of amazing. I was really excited to see where it went because these guys always get out of everything, right? They’re always winning, always just working their way out of the system, and their comeuppance has been interesting to see,” Macht told Stuff.co.nz referring to the five seasons that he and Mike got away with their secret. “It’s great to put these characters in a corner, that’s what people like, I think.”

In the first half of the recenty concluded season, Harvey was also forced to deal with some personal issues which kicked off with Donna’s (Sarah Rafferty) transfer to Louis’ (Rick Hoffman) office. From then on, a slew of problems just kept coming that lead New York’s best closer to resign from the firm to keep it from the threat of Daniel Hardman (David Costabile).

Shall Jessica’s character get written off of the drama much earlier as expected given Torres’ commitment to another show, Harvey is left with his sometimes friend, sometimes enemy Louis to build back their firm’s reputation.

“The first thing is to get Harvey and Louis back on track. I’ve read the first episode and I can’t give you too much, but I’ll tell you this: if you can imagine these characters in a sort of ‘Breakfast Club’Scenario, there’s some good hijinks.”

“Suits” season 6 is expected to be back on USA Network this coming June.

'Doctor Who' season 10 premiere spoilers: Is Clara coming back anytime...