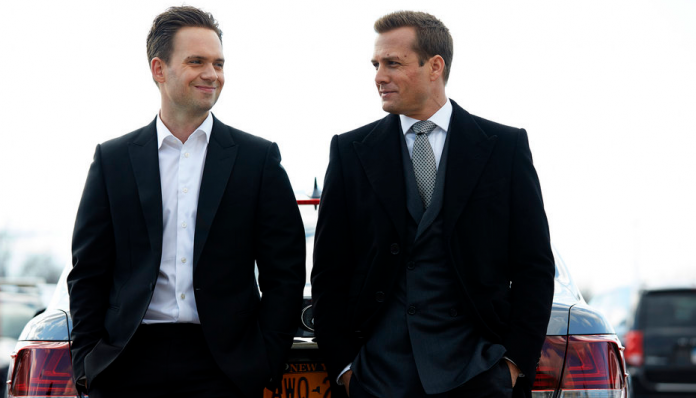 A little over two months before “Suits” season 6 premieres, the USA Network finally confirms its release date to be Wednesday, July 13, 9 P.M.

The timeslot will be almost two weeks later than the debut date of season 5 which aired on June 24, 2015. This follows the footsteps of another USA Network hit, “Mr. Robot.” The hacker-centric show will also premiere their second season on the same day, and “Suits” will be the lead-in for the program. It looks like the cable channel is capitalizing on the team up of two of their most popular offerings to solidify their Wednesday primetime slot in the summer.

Aside from the airing date, the USA Network has also released the official synopsis for the first episode of the show. It reads, “After signing a plea deal to spare his colleagues at Pearson Specter Litt, Mike will be confronted with the harsh realities of prison life as he starts his two-year sentence. Meanwhile, the once bustling Pearson Specter Litt offices are a ghost town the partners have defected, leaving Harvey, Jessica, Louis, Donna and Rachel to pick up the pieces. But the firm’s troubles are far from over, and they will have to deal with the fallout from Mike’s crime before they can even begin to rebuild.”

As previously revealed, the new chapter of the Aaron Korsh created series will have no time jump and will immediately pick up from the events of the season 5 finale. Given this, fans can also expect a couple of new faces appearing in the show as Mike (Patrick J. Adams) will be in an entirely different world. These new characters inside the penitentiary can either be his greatest ally or foe while he is serving his two-year stint in prison.

Lead star Gabriel Macht who plays lawyer Harvey Specter already hinted that the first episode of season 6 will be nothing less than chaotic. While Mike deals with his new life behind bars, the people left outside will need to put a united front in order to build their firm back up. Macht specifically cited Harvey and Louis (Rick Hoffman) needing to work out on their differences and move forward for Pearson, Specter, Litt. This is especially pivotal shall Jessica (Gina Torres) eventually get written off of the series given her new show on ABC.

As of now, the show is currently in production in Toronto, Canada.