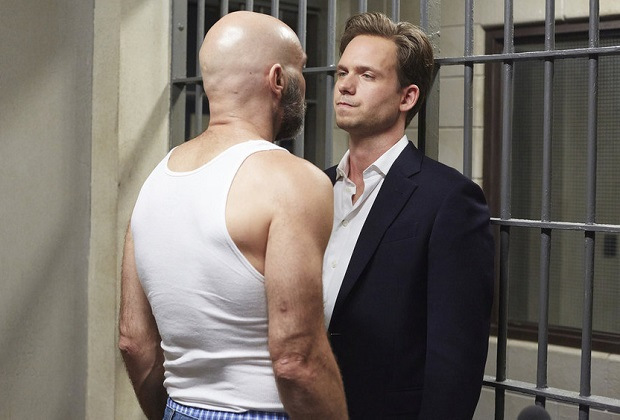 “Suits” is looking to break into unknown territory and with almost anything and everything possible coming into their sixth season, it will all depend on what show creator Aaron Korsh has in store for everyone moving forward.

The legal drama ended with a very big shocker with Mike (Patrick J. Adams) checking himself in prison and leaving the rest of the Pearson, Specter, Litt in complete wreck. And while arguably, Jessica (Gina Torres), Harvey (Gabriel Macth) and Louis (Rick Hoffman) can ultimately find a way to rebuild their firm, there is no denying that over the past few seasons, Mike’s innate capabilities played a huge role in getting them all out in tricky situations.

The next chapter of the show will then see if Mike’s photographic memory and analytic skills will be enough for him to survive his supposed two years behind bars, and “Suits” is not holding back in pushing the character more as new story players are slated to make Mike’s new life more interesting.

Website Deadline reports that Erik Palladino, Paul Schulze, and Malcom Jamal Warner all booked as recurring roles for “Suits” season 6 as Mike’s potential friends or enemies inside the Danbury prison. Palladino, will take on the role of Kevin Miller who is dubbed to be someone mysterious and can either turn into Mike’s best ally or worst foe inside prison. Schulze, on the other hand, will play Frank Gallo, a hardened inmate who will be a huge part in Mike’s initiation to his new life. Lastly, Warner will be the prison’s counselor who helps the inmates on their path to rehabilitation. Much like Harvey’s (Gabriel Macht) interaction with his therapist Dr. Agard (Christina Cole) in the first half of season 5, fans can expect Mike to open up on his past mistakes and budding apprehensions for the future.

Despite the high stakes in season 6, Korsh previously revealed that they are planning to incorporate the humor back in “Suits” especially after an emotionally draining second half of its past season. Lead actor Macht also further teased on the possibility telling Wet Paint, “Maybe we’ll see these people smiling a little bit more or we’ll see some more witty banter and more playful elements of the show. I think there will be more of a balance and a playful nature when we come back [for Season 6].”

“Suits” season 6 is expected to be back on USA Network this summer, specifically in late June.