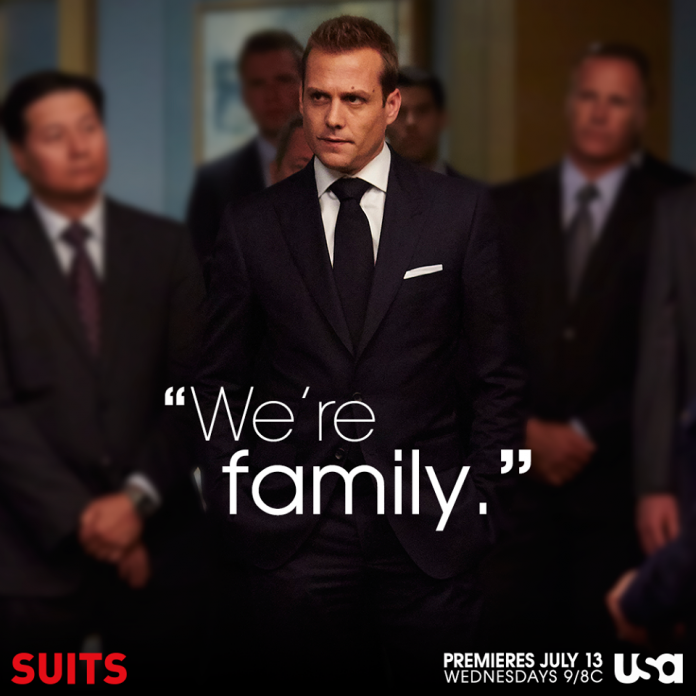 The moment the penitentiary gates closed on Mike (Patrick J. Adams), it was almost expected that all bets would be off coming into the brand new season of “Suits.” Not only does the bogus lawyer’s new life in prison present new challenges for him, but the mess that his conviction brought to Pearson Specter Litt has left his peers outside also striving to survive.

The brand new promo trailer titled “Get Ready” prepares fans for the imminent return of the show next month. Fans are given glimpses of the group coping with their respective situations at hand. Despite Mike being in prison, it appears that his relationship with Rachel (Meghan Markle) is still rock solid as they continue to speak with each other.

Mike and Harvey’s (Gabriel Macht), however, won’t see them teaming up any time soon. The last time the two were seen together, Harvey was the one who drove Mike to prison, to which Mike even told him that he would do it all again if given the chance. But it looks like things might have changed as Mike is obviously not willing to cooperate with his mentor anymore. Instead, his first priority is to survive behind bars as he is also shown to be dealing with a handful of prison bullies.

In the free world, the once respectable law firm is on the brink of crumbling and the three partners are racing through time to save their reputation. Unfortunately, it will not get any easier as numerous lawsuits have been filed against them.

“We are being sued for every case Mike Ross has ever touched,” Jessica (Gina Rodriguez) tells Harvey and Louis (Rick Hoffman). As expected, Louis lashes out but Harvey mans up and says, “We all know I got us into this mess. It’s time for me to get us out of it.”

These events could serve to slowly build up Harvey’s status once more. The lawyer was considered to be New York City’s best closer during the first two seasons of the show. However, things spiraled out of control as the firm was met with difficulties and he was put in tight situations where he was forced to win every case for clients. Last season, all hell broke loose as he suffered from panic attacks and had to deal with Mike’s eventual arrest.

Nevertheless, Harvey would still have to work with the rest of the firm as it will need superhero efforts to bring Pearson Specter Litt back to its old glory.

Macht seems to agree with this as he has previously shared that in order to make things work, his character and Louis should put the competition aside to help each other.

“Suits” season 6 will break ground on July 13 and will continue to air every Wednesday night, 9 p.m. ET on USA Network.